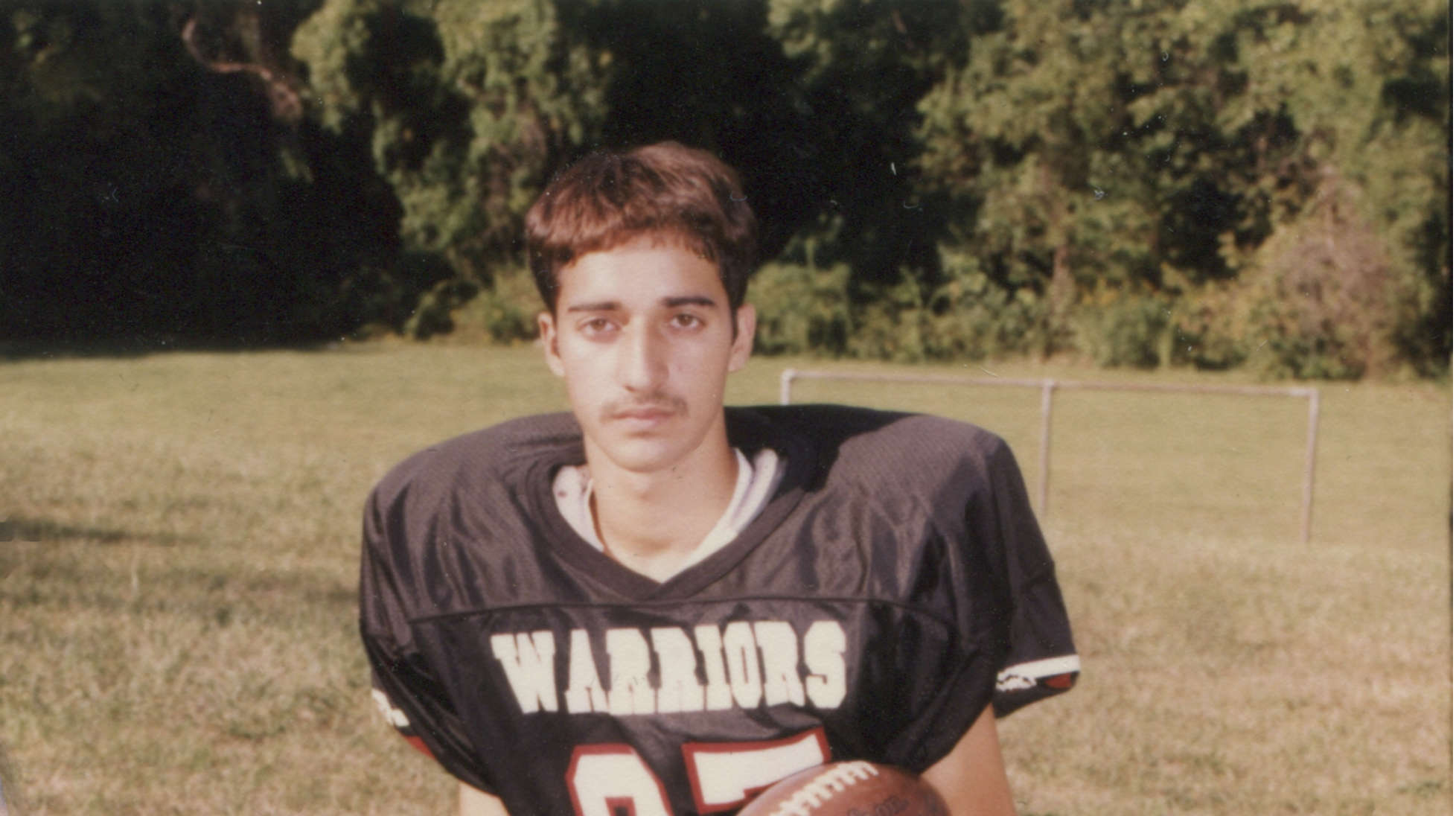 Adnan was just 17 when he was convicted. Pic: HBO/Sky Atlantic/NOW TV

Baltimore prosecutors have filed a motion seeking a new trial for Adnan Syed, whose murder conviction was the subject of the hugely popular Serial podcast.

Syed was 17 when he was sentenced to life in prison for the 1999 murder of his girlfriend Hae Min Lee.

He has maintained his innocence and been appealing his conviction for years - with the case first brought to global attention by the 2014 hit podcast, which raised doubts about Syed's guilt.

After serving more than 20 years in prison, he could now be released, pending a new trial.

Serial suggested evidence unearthed from witness Asia McClain could have corroborated Syed's account he was in the library at the time of the killing.

The motion filed today in support of a new trial for Syed revealed new information regarding two alternative suspects.

It is claimed evidence that pointed to two other people - including one who threatened to kill the victim - was not disclosed to Syed's defence attorneys at the time of his original trial.

According to the trial file, one of the suspects said: "He would make her [Ms Lee] disappear. He would kill her."

Both have been known to the police since 1999, according to a court filing.

The victim's car was also found directly behind the house of one of the suspect's family members. 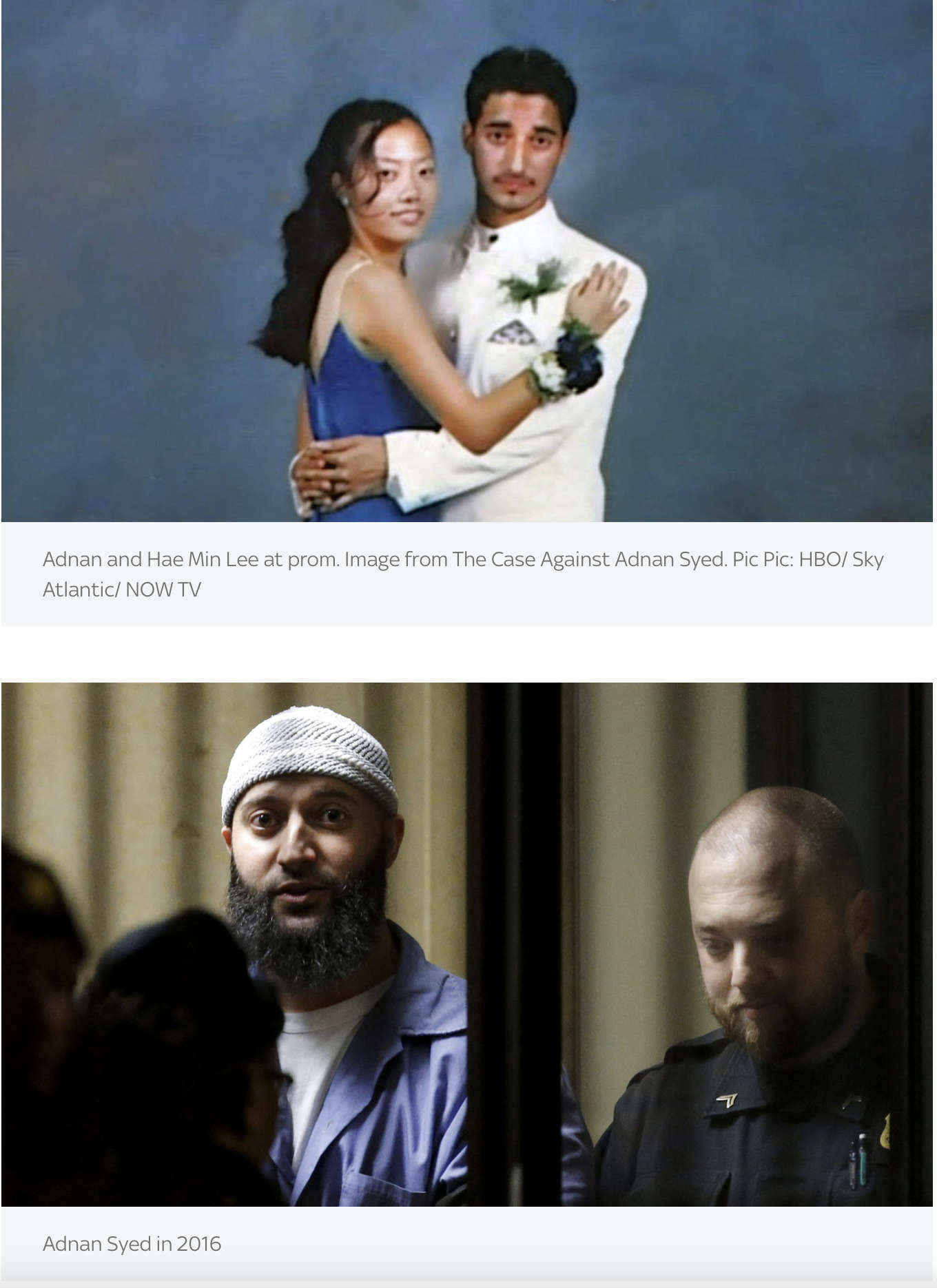 The state also acknowledged concerns that the conviction was based primarily on one witness's unreliable and inconsistent testimony that was corroborated by inaccurate and misleading forensic evidence.

Much of Syed's original trial hinged on cell phone data records, which corroborated some of Jay Wilds' testimony regarding Syed's whereabouts throughout the day. However, the notice on the records specifically advised that the billing locations for incoming calls "would not be considered reliable information for location".

Despite this notice, prosecutors used the billing location for incoming calls for exactly that purpose - to prove that the defendant was in a particular area at a particular time.

"For that reason, after a nearly year-long investigation reviewing the facts of this case, Syed deserves a new trial where he is adequately represented, and the latest evidence can be presented," State's Attorney Marilyn Mosby.

She said prosecutors have spoken with the family of Ms Hae Min Lee. 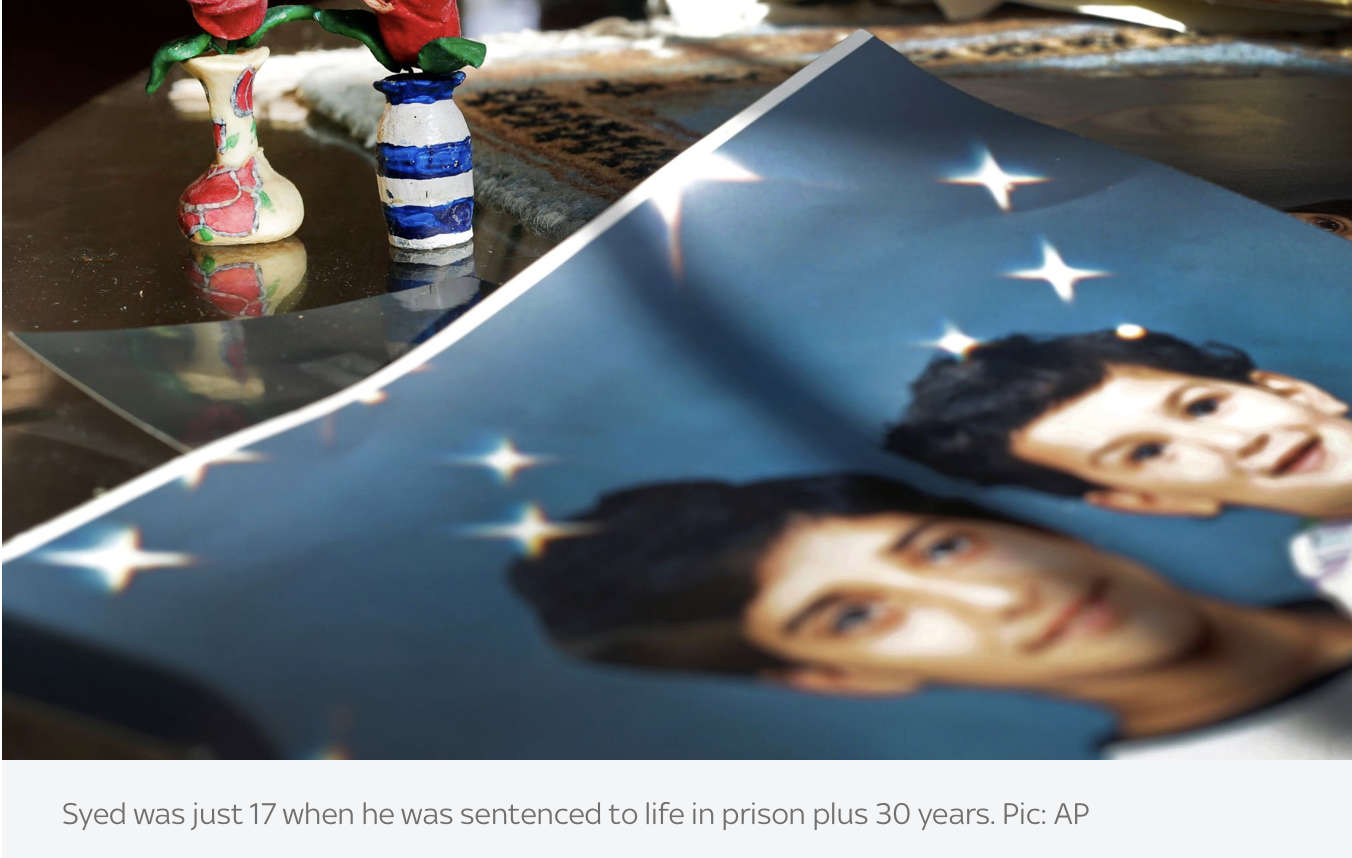 Request that Syed is released

If the court grants this motion, it will effectively put Syed in a new trial status - his convictions will be vacated but the case remains active.

"Whether the state ultimately continues with a trial in this matter or dismisses the charges will depend on the outcome of the ongoing investigation," the filing said.

"The State will be requesting that defendant be released on his own recognizance or bail pending the investigation should this court grant the instant motion."

Prosecutors are not saying Syed is innocent but said "the State no longer has confidence in the integrity of the conviction". 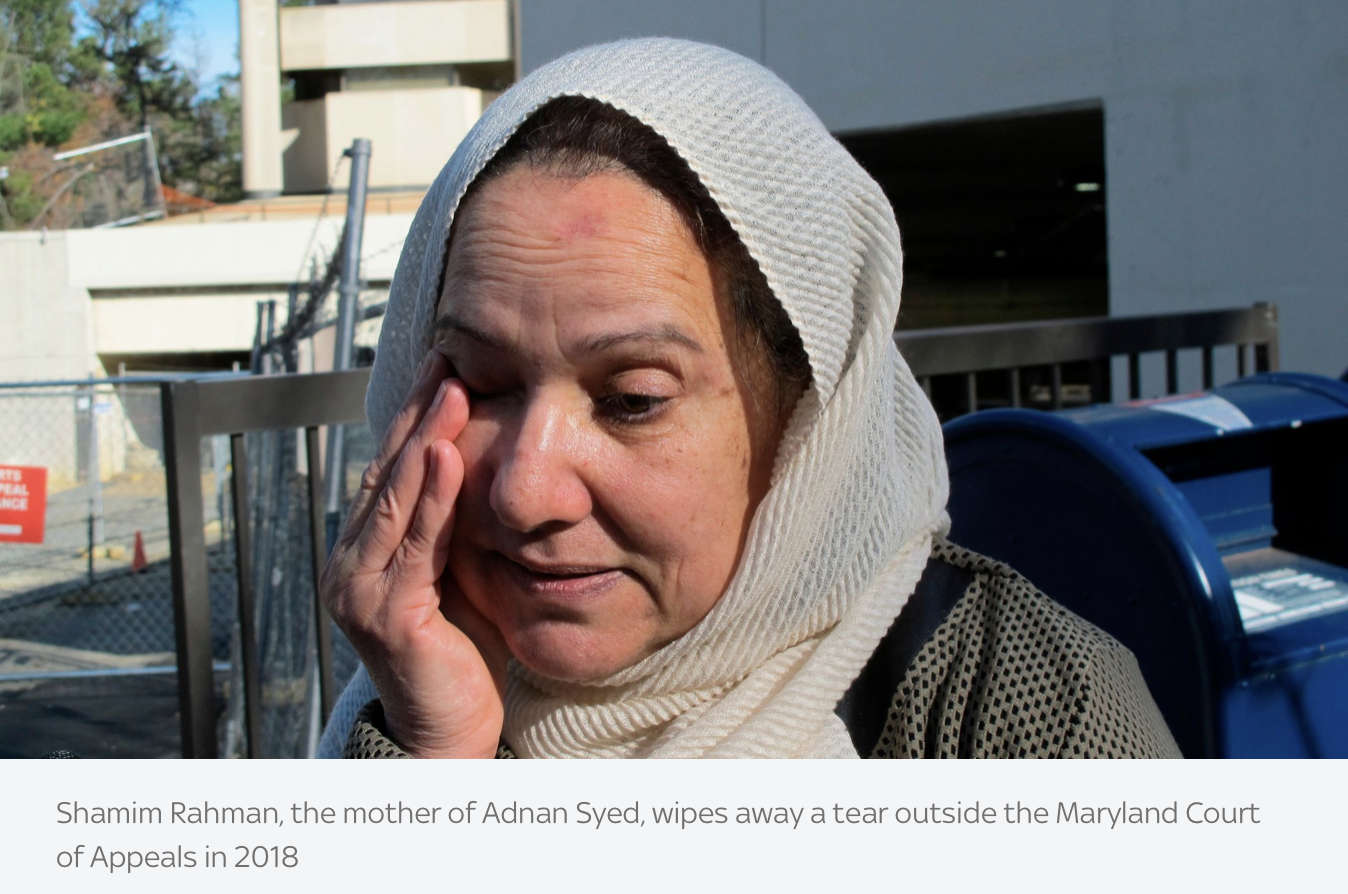 "Mr Syed is grateful that this information has finally seen the light of day and looks forward to his day in court."