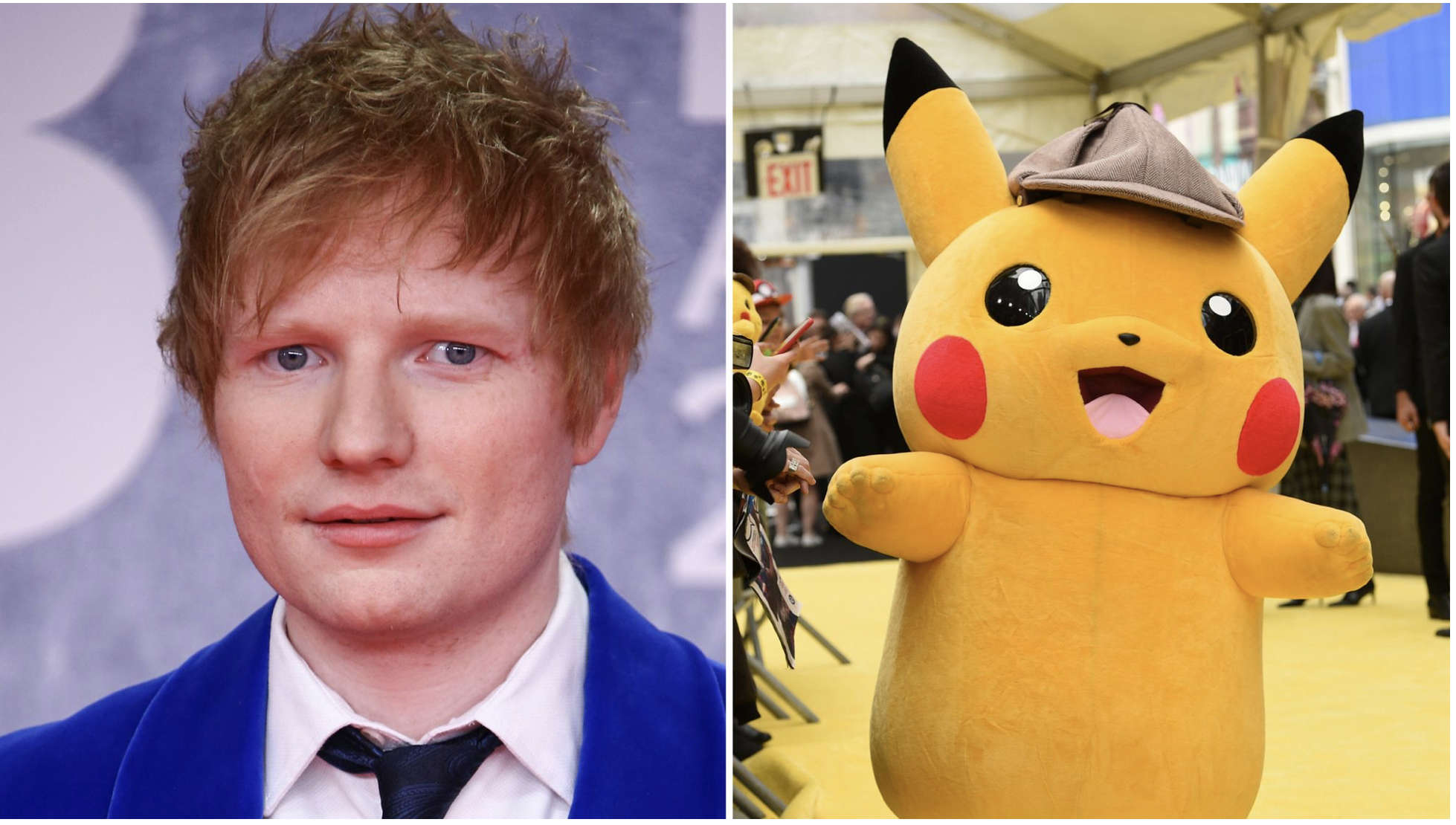 Self-confessed Pokemon obsessive Ed Sheeran has teamed up with the makers of the video game series on his new single.

The track is entitled Celestial and is out on 29 September, with the accompanying video having been animated by Pokemon creatives.

Sharing a sketch showing him with the Pikachu character from the games, Sheehan wrote on social media he "started off" his Pokemon craze aged seven, by collecting the themed cards.

He said he then progressed to becoming a fan of the animated TV show, and then on his eighth birthday he received a "Gameboy Colour" handheld console.

"Obsessed, was an understatement," the British singer said.

"Flash forward to me at 31, I still have the same Gameboy Colour and still I play Pokemon Silver on long haul flights.

"I really, really love it. It gave me a proper escape as a kid into a fantasy world that seemed to go on and on, and in adult life it's nostalgia that makes me feel like a kid again.

"I met the people from Pokemon when I was travelling in Japan, and we joked about me writing a song for them. But now here we are." 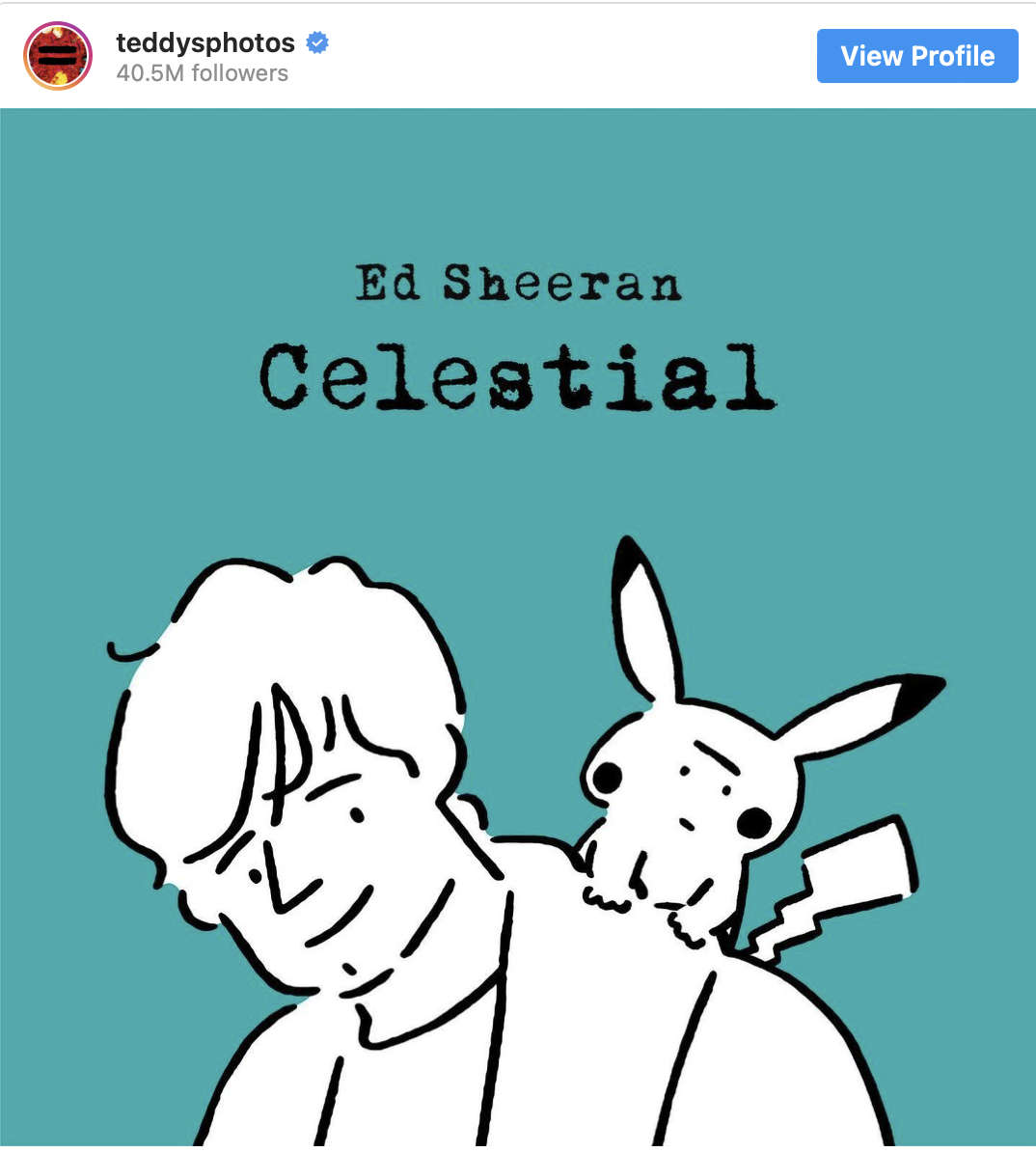 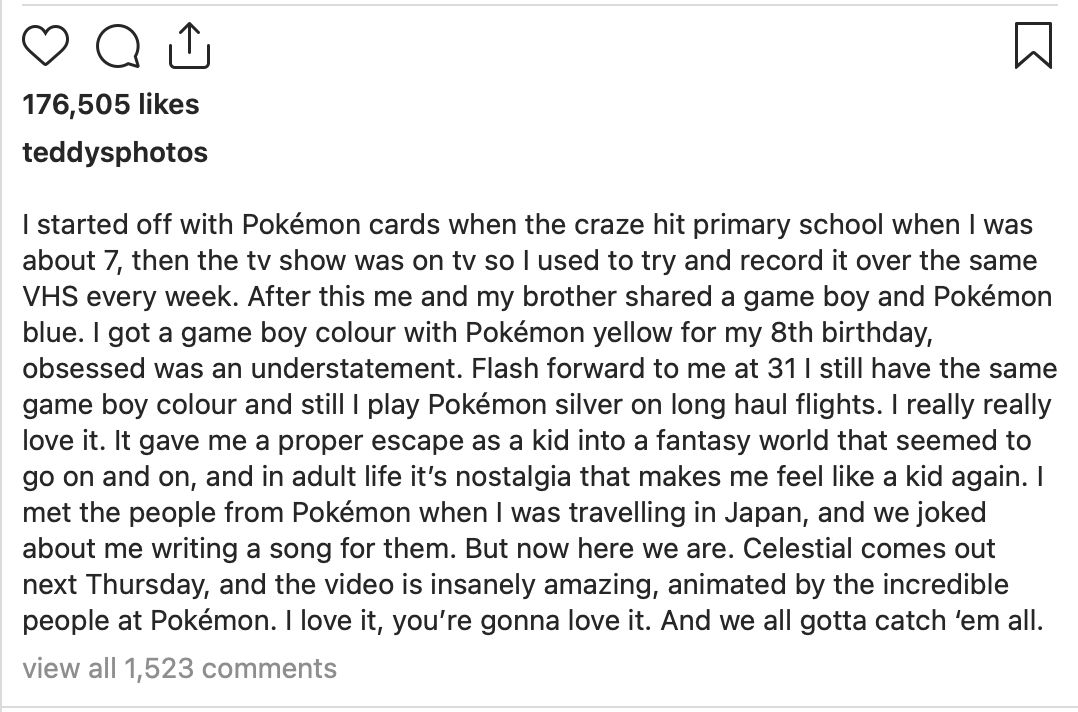 The series, an abbreviation of Pocket Monsters, was created in 1996 but has since expanded to include numerous TV series, films and card games.

It centres around trainers living in a fictional world who catch and train hundreds of different species of Pokemon before using them to battle against each other.

In November 2021, Sheeran did a performance that was available through a Pokemon app.

And in June this year, the four-time Grammy Award winner was declared the most-played artist of 2021 in the UK, and also claimed the year's most played single with Bad Habits.

It is the second time he has claimed both accolades, previously achieving the double in 2017 with the release of his album Divide and hit single Shape Of You.