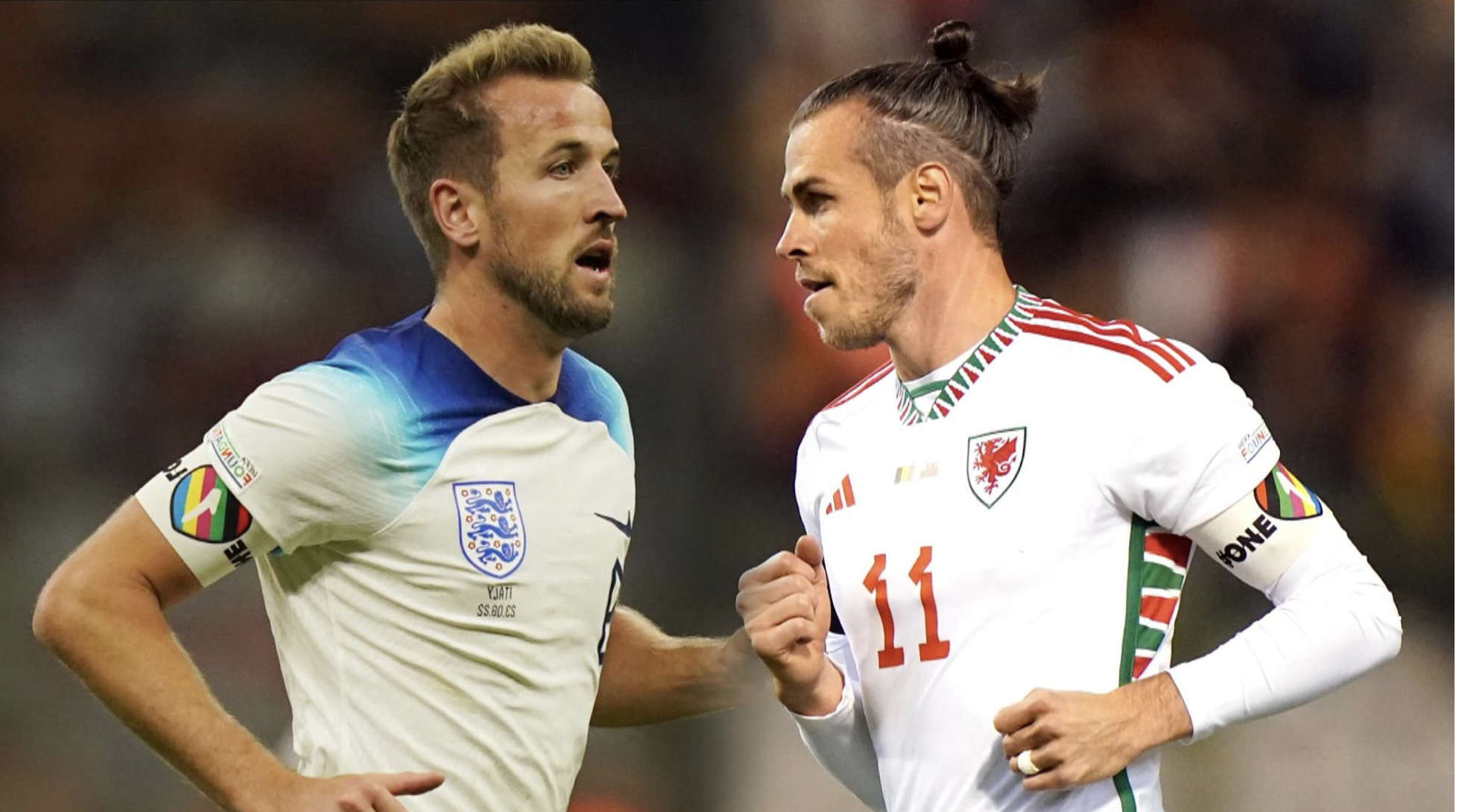 Fans have voiced their anger after England and Wales said their captains would not wear OneLove armbands at the World Cup in Qatar because they could face an instant yellow card for doing so.

England's Harry Kane and Wales' Gareth Bale were among players from a number of national teams that were due to wear the armbands as a gesture of solidarity with the LGBT community, in a country where homosexuality is punishable with up to three years in prison.

But the football associations from those nations, along with six other nations today, announced they were not willing to risk "sporting sanctions" in defence of the principle.

"FIFA has been very clear that it will impose sporting sanctions if our captains wear the armbands on the field of play," a joint statement from the Football Associations of England, Wales, Belgium, Denmark, Germany, The Netherlands and Switzerland said.

"As national federations, we can't put our players in a position where they could face sporting sanctions including bookings, so we have asked the captains not to attempt to wear the armbands in FIFA World Cup games."

The teams said they were prepared to "pay fines that would normally apply to breaches of kit regulations" but "cannot put our players in the situation where they might be booked or even forced to leave the field of play".

"We are very frustrated by the FIFA decision which we believe is unprecedented - we wrote to FIFA in September informing them of our wish to wear the OneLove armband to actively support inclusion in football, and had no response," the statement added.

'They're just bowing to the oppression'

Fans outside the stadium before the England match voiced their disapproval in response to the armband decision.

"I disagree with that.

"They're just bowing to the oppression of the Qatari government."

Shaun Rowland, 56, from Hertfordshire, also speaking outside the Khalifa International Stadium ahead of England's game, said: "They've bottled it, haven't they?

"Would it have made a massive difference? I don't know, I think it's a shame."

Meanwhile, Simon Hill, 55, from near Cambridge, added: "Focus on the football."

Terry Woolf, 52, from Hitchin, simply said: "What a surprise," in response to the decision.

"We share the FA's frustration with FIFA's decision on this, which puts players in a very difficult position.

"It is, ultimately, a decision for the FA. On LGBT rights more broadly, clearly Qatar's policies are not those of the UK government and not ones we would endorse. "

It comes after FIFA president Gianni Infantino said "today I feel gay" during a tirade to journalists on Saturday in which he suggested he understood the plight of various oppressed groups because he had red hair.

"But I feel like it, because I know what it means to be discriminated, to be bullied, as a foreigner in a foreign country.

"As a child I was bullied - because I had red hair and freckles, plus I was Italian, so imagine."

The Football Supporters Association (FSA) directed its anger at FIFA rather than the national football associations that have chosen to back down in the face of possible bookings.

"To paraphrase FIFA president Gianni Infantino - today LGBT+ football supporters and their allies will feel angry," it said in a statement.

"Today we feel betrayed. Today we feel contempt for an organisation that has shown its true values by giving the yellow card to players and the red card to tolerance.

"Never again should a World Cup be handed out solely on the basis of money and infrastructure. No country which falls short on LGBT+ rights, women's rights, workers' rights or any other universal human right should be given the honour of hosting a World Cup."