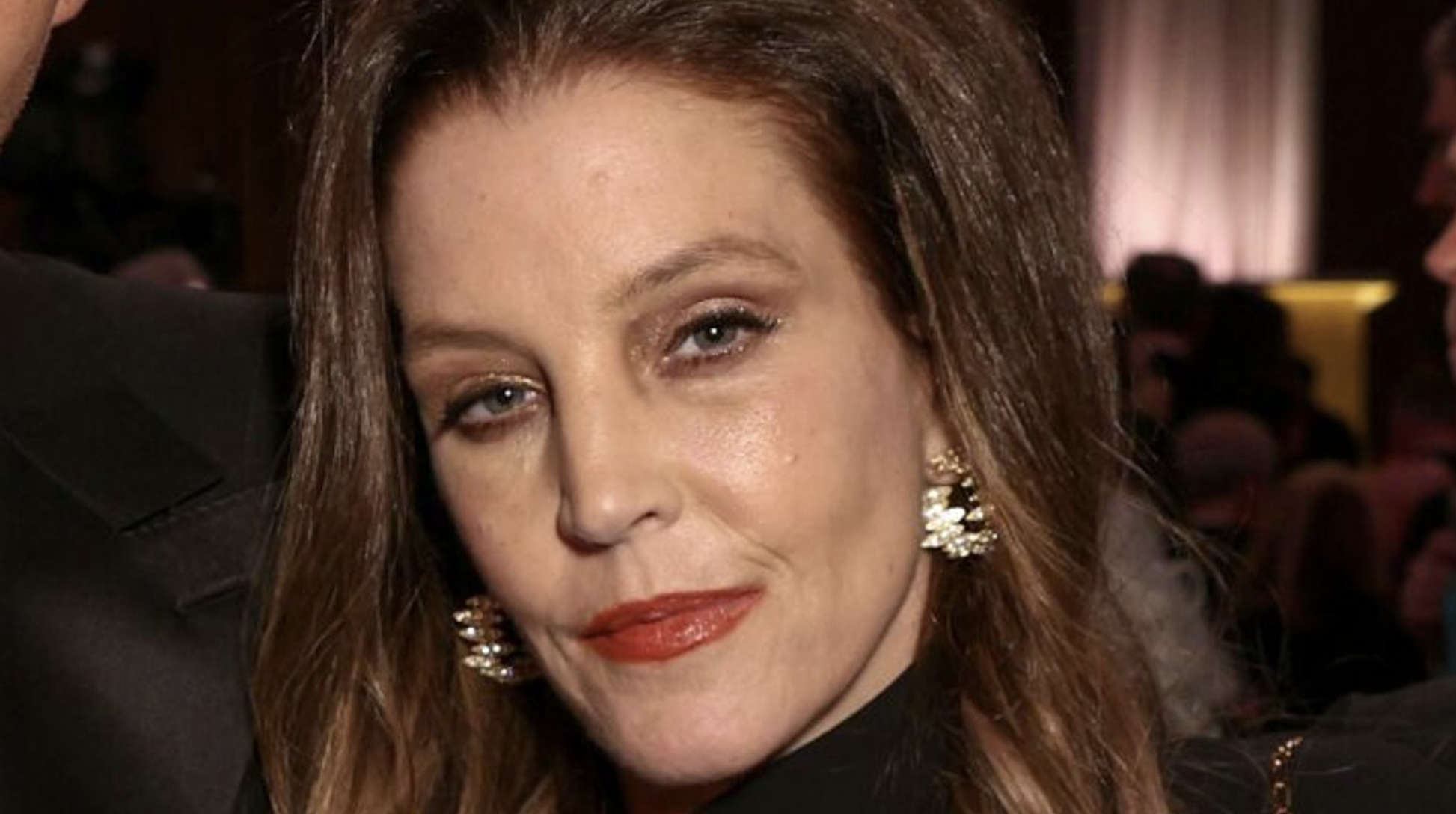 Lisa Marie Presley at the Golden Globes on 10 January

Singer Lisa Marie Presley, the only child of rock and roll legend Elvis, has died, her mother has said in a statement.

The 54-year-old suffered a cardiac arrest at her home in Calabasas, California, on Thursday morning.

"It is with a heavy heart that I must share the devastating news that my beautiful daughter Lisa Marie has left us.

"She was the most passionate, strong and loving woman I have ever known."

It followed an earlier statement in which the 77-year-old asked people to "keep her and our family in your prayers".

She said her daughter had been "rushed to hospital".

Paramedics were called just before 10.40am to a report of a woman in full cardiac arrest, according to Craig Little, a spokesperson for the Los Angeles (LA) County's fire department.

Property records indicate Presley was a resident at the address, about 30 miles northwest of downtown LA.

Presley's family, including Priscilla and daughter Riley Keough, were pictured outside a hospital in the city before her death was announced.

'Too hard to bear'

John Travolta said his "heart goes out" to Presley's family.

"I'll miss you but I know I'll see you again. My love and heart goes out to Riley, Priscilla, Harper and Finley."

Tom Hanks and Rita Wilson, who spent time with Presley during the making of the 2022 biopic Elvis, said their hearts "are broken" following news of her death.

"Tom and I had spent some time with the family during the Elvis movie promotional tour. Lisa Marie was so honest and direct, vulnerable, in a state of anticipation about the movie.

"She spoke so eloquently about her father, what the movie meant to her, that it was a celebration of her dad. She had her gorgeous daughters Finley and Harper with her who made us all laugh."

"Oh no. This is such horrible news," she wrote.

"The entire world is sending love and prayers to Priscilla and Lisa Marie's children right now.

"Every now and then I find myself wishing very hard that there is a hereafter, and tonight is one of those times.

"Otherwise the nothingness, the emptiness are too hard to bear."

Presley's death came just two days after she attended the Golden Globes in Beverly Hills, where she celebrated Austin Butler winning best actor in a drama film for playing her father in Elvis, which also starred Hanks as his manager.

She gave interviews on the red carpet, where she told Entertainment Tonight she had been left stunned by Butler's "mind-blowing" performance.

And just last weekend, Presley was at her father's old Graceland Mansion in Memphis, Tennessee, to mark the anniversary of his birth on 8 January 1935.

Elvis, widely considered to be the greatest rock and roll artist in history, died on 16 August 1977, aged just 42.

His daughter was nine years old at the time. She was four when Elvis and Priscilla Presley were divorced in 1972.

Lisa Marie Presley followed in her father's footsteps by pursuing a music career, starting in 2003 with her debut album: To Whom It May Concern.

It charted in the top 10 on the US Billboard album chart, as did follow-up record Now What in 2005.

Fans had to wait seven years for her third album, Storm And Grace, which released to positive reviews.

Her solo career had begun eight years after she appeared in her then-husband Michael Jackson's music video for the 1995 song You Are Not Alone.

Presley's marriage to Jackson ended in divorce in 1996.

It was her second marriage, having been married to musician Danny Keough from 1988 to 1994.

They had two children together - daughter Riley Keough, who became an actress and model, and son Benjamin - and remained close friends.

She got married to Jackson within three weeks of divorcing Keough.

Her third marriage was to actor Nicolas Cage, which lasted from 2002 until a divorce in 2004.

Presley married again in 2006, to her guitarist and producer Michael Lockwood. They had twin daughters together, named Finley Aaron Love Lockwood and Harper Vivienne Ann Lockwood.

She filed for divorce 10 years later, and it was finalised in 2021.

In 2018, Presley featured on a new record, titled Where No One Stands Alone, which was released to celebrate her father's love of gospel music, and featured 14 original performances recorded by him.

The title track was a reimagined duet, in which Lisa Marie performed a duet with her father.

Last year, she wrote an essay for People magazine about the death of son Benjamin, who took his own life in 2020.

"I've dealt with death, grief and loss since the age of nine years old," she said.

"I've had more than anyone's fair share of it in my lifetime and somehow, I've made it this far."