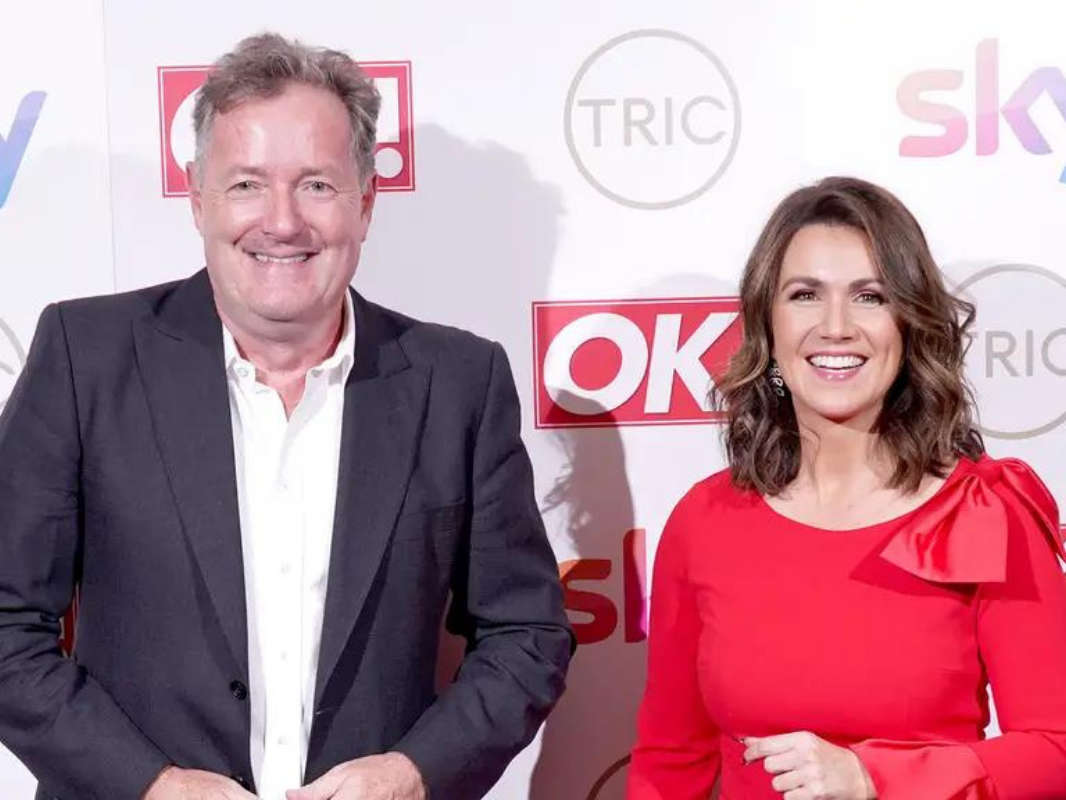 The former Good Morning Britain host was honoured at the Tric awards.

Susanna Reid has said “no-one has held politicians to account in a more rigorous way” than Piers Morgan as she congratulated her former co-star on winning a presenting prize.

The ousted TV star defeated his former Good Morning Britain co-host to be named news presenter of the year at the Tric awards.

The annual event, hosted by the Television and Radio Industries Club, also saw Morgan face down competition from the BBC’s Huw Edwards.

Morgan was nominated following a turbulent first half of 2021, which saw him depart the ITV morning programme over incendiary comments about the Duchess of Sussex.

Morgan and Reid reunited at the ceremony, posing for photos together on the red carpet.

Speaking on the programme on Thursday morning, Reid said:

“Congratulations Piers Morgan for best news presenter and there was an absolutely lovely moment yesterday where he said it was team work that made the dream work and invited me up on stage but it’s down to you.

“No-one has held politicians to account in a more rigorous way than you did, Piers, during the pandemic, and congratulations, it’s very well deserved.”

Morgan re-posted the video clip on Twitter and wrote: “Thanks ex-wifey!”

His remarks about Meghan sparked more than 50,000 complaints, the most in watchdog Ofcom’s history, but the programme was cleared earlier this month.