The Last Of Us: The Science Behind The Real 'Zombie' Fungus - And Is It An Actual Threat? 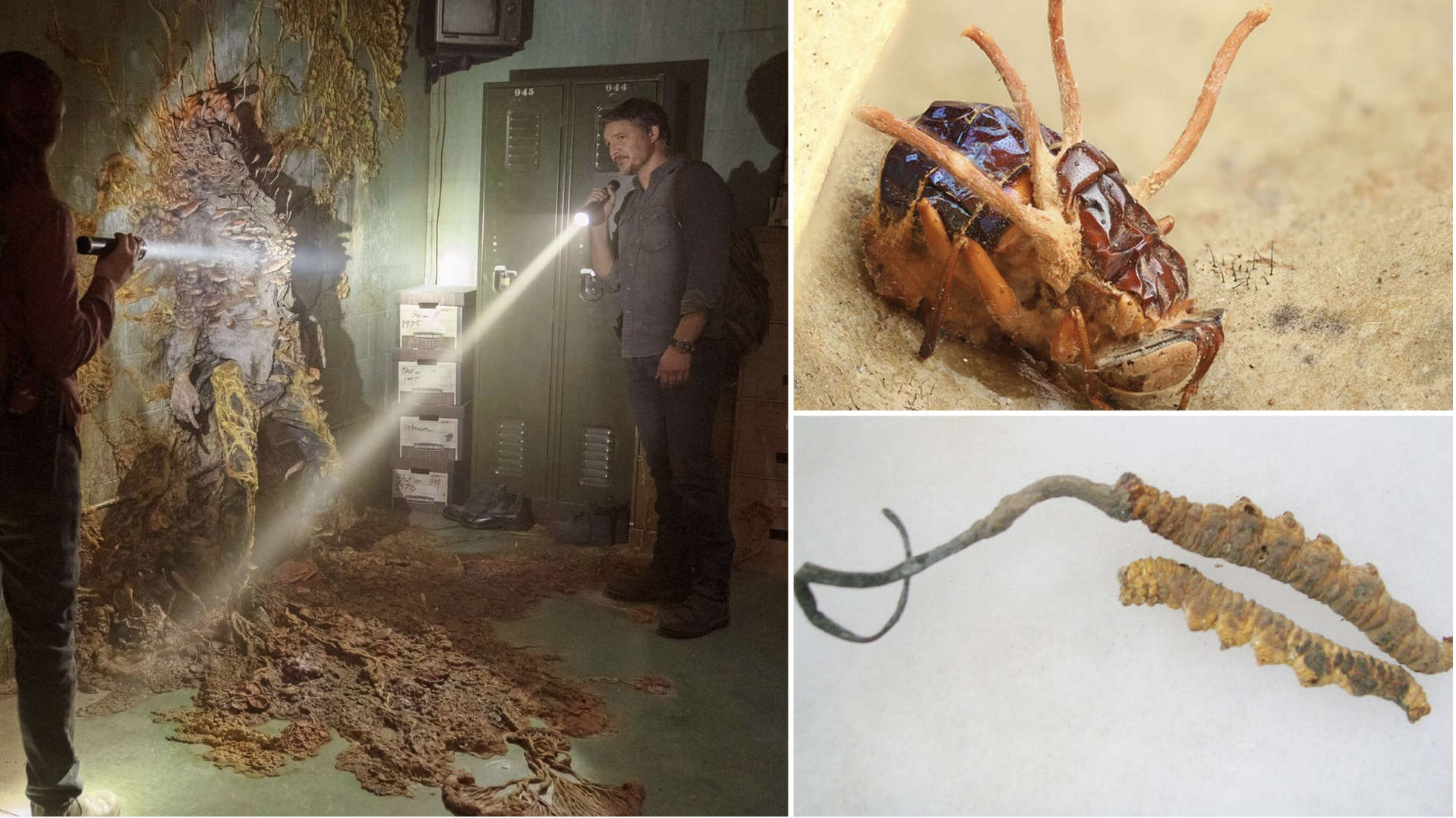 The Last Of Us sees modern civilisation destroyed by a parasitic fungus. Pic: HBO/Warner Media/Liane Hentscher

Could the next public health crisis be caused by a fungus?

The threat of such an emergency is posed at the outset of the hit TV series, The Last Of Us, which begins in the 1960s with a bleak speech by an epidemiologist on the danger of fungi.

"If the world were to get slightly warmer, then there is reason to evolve," warns a prescient John Hannah, referencing their potential to infect and overpower a person's mind.

"Candida, ergot, cordyceps, aspergillus: any one of them could be capable of burrowing into our brains and taking control of not millions of us, but billions."

The show takes this idea and runs with it, jumping forward 40 years to when a mass cordyceps outbreak leads to a devastating pandemic which transforms people into blood-thirsty abominations.

An extreme outcome with plenty of artistic licence taken - but is it entirely without scientific basis?

"There are already fungi inhabiting the brains of human beings all over the planet," says Professor Elaine Bignell, a world leader in the field of human fungal pathogen research.

"A number of fungi species are quite prominent pathogens and kill hundreds of thousands of people every year - it's just that the public is not aware."

The Last Of Us viewers may have noted that a few of the dangers identified by its fictional epidemiologist featured last year on a list of health-threatening fungi by the World Health Organisation (WHO).

Among the ones deemed most high-risk was Aspergillus fumigatus, a common mould that is widespread in the environment in homes and outdoors, which can cause "chronic and acute lung disease" and can be deadly.

Candida species, which causes common infections such as thrush and ringworm, is also a leading cause of bloodstream infection in intensive care patients.

Cryptococcosis neoformans - which infects the lungs and brain, causing pneumonia and meningitis in immunosuppressed patients - also made the list. It kills more than 100,000 people a year in sub-Saharan Africa.

"One thing that killer fungi do have in common is that they are able to grow at human body temperature, and that's unusual for a fungus," Prof Bignell tells Sky News.

"Most fungi in the environment are used to growing in more temperate conditions, and it places quite a strain on any microorganism to counteract an immune response in a human body and cope with the high temperature."

Cordyceps was not on the threat list - but it is absolutely real.

The parasitic fungus infects and takes over the mind of insects, as it does to humans in The Last Of Us.

"There are about 600 species," says Dr Mark Ramsdale, a professor in molecular microbiology at the MRC Centre for Medical Mycology.

"They are predominantly insect pathogens. It's their insect host that they manipulate and change their behaviour. And so from that perspective, there is some basis there."

Found in tropical forests, the fungus penetrates an insect's body via spores, which are released to allow a fungus to reproduce and defend itself.

The fungus then guides its host into more humid locations to help it grow, before feeding on the remains and launching new spores from its corpse.

When it comes to humans, cordyceps is used in treatments and therapeutics - notably Chinese herbal medicines.

"There's no evidence they're causing disease in humans. However, in terms of their insect relationships, they do manipulate their hosts - and several fungi have evolved this capacity over time."

Could climate change the picture?

Another facet of The Last Of Us's foreboding speech shared by the WHO's landmark report was the influence of climate change on the nature of fungi and our relationship with it.

Prof Bignell says the impact of global heating will be "profound" for all microbes on our planet.

There are some 150,000 identified species of fungi in the world, well short of the millions estimated to exist, and few have what it takes to cope with the 37C temperature and other stresses imposed by the human body.

But some do, and more could - either those yet to be discovered or which adapt to survive on a warming planet.

"It changes the selection pressures that are put on those huge, diverse life forms," says Dr Ramsdale.

"Perhaps some could potentially make that transition from one lifestyle to another and become pathogenic in a context that we haven't thought of before."

So the show's pandemic may be far from factual, but it's not completely without merit.

"What really is the most removed from the current status quo is the scale and the rate of the infections occurring in The Last Of Us," says Prof Bignell.

"Some fungi can get passed from one person to the next - and in the environment we are exposed to them all the time - but it would take a very significant variant to be able to cause the sorts of species extinction event that they're dramatising."

So … no reason for alarm?

You can sleep easy knowing there won't be a fungus that turns you into a zombie in your cereal tomorrow morning.

But COVID, researchers say, is proof that we can't rest on our laurels when it comes to public health threats and the potentially sudden nature of their arrival.

And based on the response to the opening episode of The Last Of Us, people were quick to see the parallels.

With fungal infection in humans being a relatively modern phenomenon, with few examples until the 1980s, and the absence of any antifungal vaccine research programmes, there's certainly work to do.

"We have to be in a state of preparedness," says Prof Bignell.

"We have to have a very good understanding of how different fungi can cause human diseases, how our immune systems cope with those microbes, and a good medicine cabinet with antifungal agents we know are effective."

In the meantime, if you do happen to see anyone that looks like they're covered in mushrooms and feasting on a member of their family - best steer clear.

The Last Of Us airs every Monday on Sky Atlantic and is available on demand.