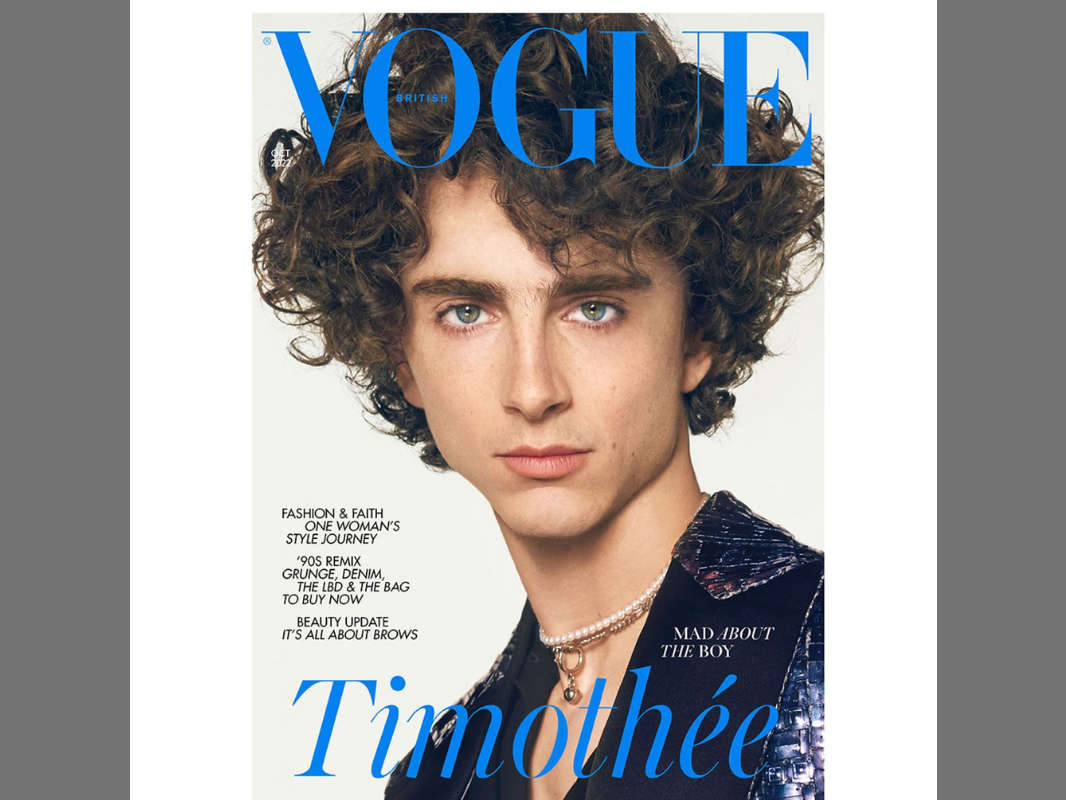 Timothee Chalamet has become the first man to appear solo on the cover of British Vogue in its 106-year history.

The magazine's editor-in-chief Edward Enninful said he had been waiting "for the moment to feel right" to have a man on the print cover, adding that he wanted it to feel "effortless".

Enninful described the 26-year-old actor as "modern man incarnate, as an actor and as a person".

"When we began talking about the possibility of this cover several months ago, it became immediately apparent that Timothee is just Timothee.

"Neither tooled nor marketed by the Hollywood and fashion machines to appeal to teens or grandmothers, women or men, he is simply himself. He is a man for everybody.

"And so here he is, a young actor at the peak of his early career, who calls to mind the Deans and DiCaprios of past decades, but with a relationship to a new generation that dismantles old-fashioned notions of masculinity as a matter of course."

The photos for two alternative covers were taken by Steven Meisel, during a photoshoot that Chalamet described as his favourite to date.

During his interview, Chalamet spoke about his experience of the COVID-19 lockdown, saying it made him "suddenly very aware" of being an adult. 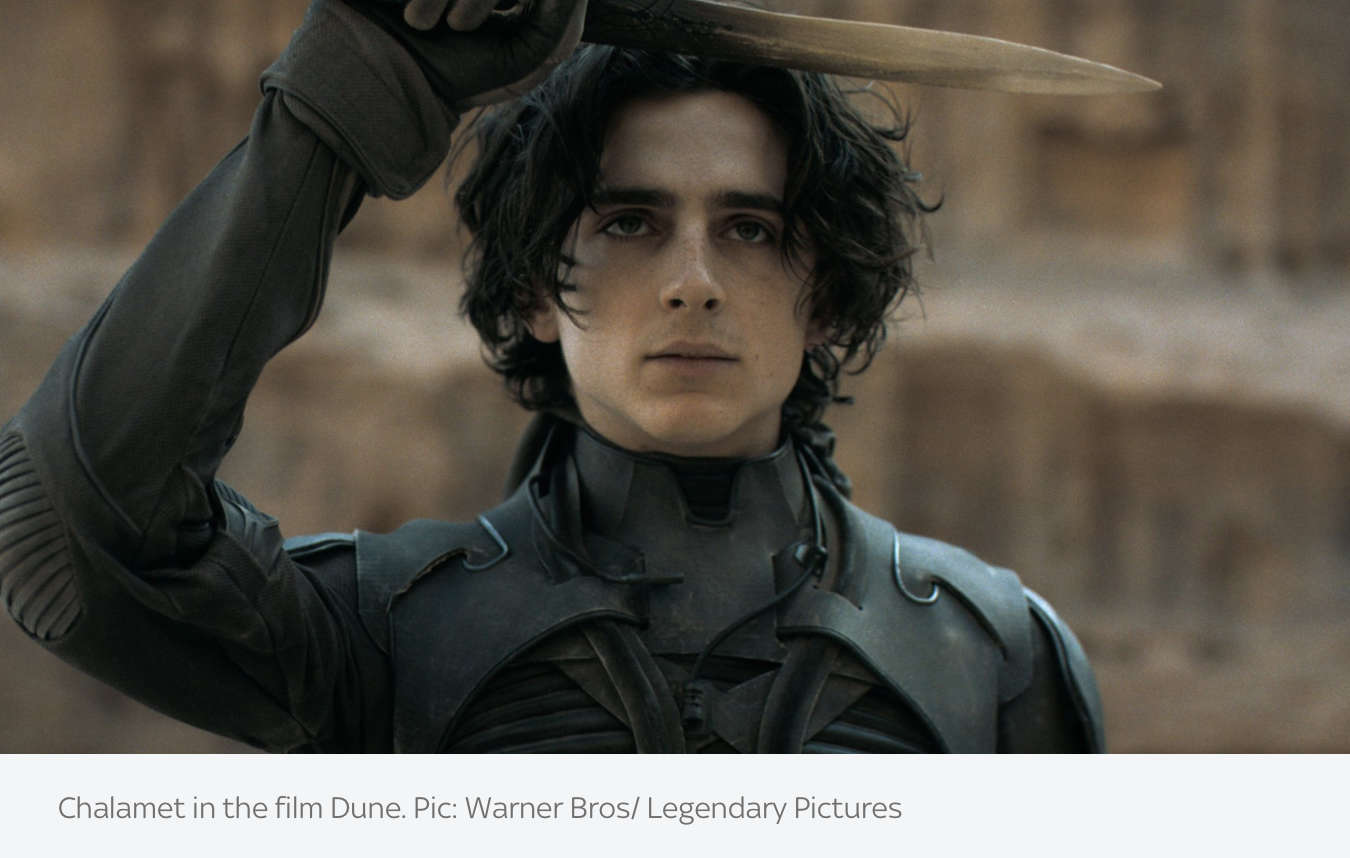 'I've always paid my taxes, I always went to the dentist, but I'm suddenly very aware of that'

He said: "When COVID hit, it required me to take a step back and be humbled to the idea that the greatest rock star…No, I don't want to use that word, sorry, sorry. Scratch 'rock star'.

"But (everyone has to) deal with, like, taxes and the dentist and real adulting, you know? I should have been trying to get my adult feet under myself a little bit earlier than I did.

"I found myself having to really, you know, be honest with myself that where I've been able to get myself to in life was balls to the wall, like throwing everything at (it) at a young age that, by some miracle, got me to where I am.

"But to then transition to an adulting mindset. I've always paid my taxes, I always went to the dentist, but I'm suddenly very aware of that."

'This movie is so sincere, it's so joyous'

Chalamet currently stars in cannibal love story Bones And All, directed by Luca Guadagnino, who worked with the actor in the 2017 film Call Me By Your Name.

The film earned Chalamet an Oscar nomination for best actor.

He also stars in the upcoming Willy Wonka prequel, a musical about the Charlie And The Chocolate Factory character's early life which is to be released next year.

Talking about playing the title role, in which he has seven musical numbers, he said: "This movie is so sincere, it's so joyous.

Chalamet follows in the footsteps of Harry Styles, who was the first man pictured solo on the cover of the US version of Vogue in 2020.

See the full feature in the October issue of British Vogue available via digital download and on newsstands from today (Tuesday, Sept 20.)