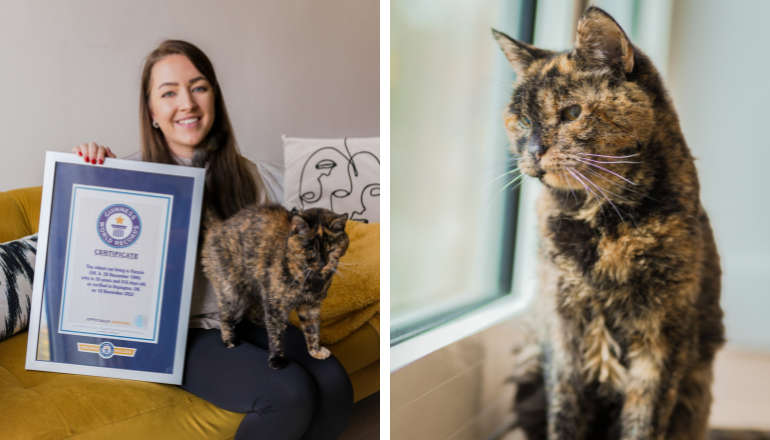 Guinness World Records and Cats Protection have recognised Flossie as the oldest cat living, just weeks before she celebrates her 27th birthday.

The record-breaking status marks a turnaround in fortunes for a cat who was born in the same year as England footballer Jack Grealish.

Flossie was signed over to Cats Protection volunteers in Kent and faced an uncertain future, aged 26, after her owner was unable to support the welfare of such an elderly cat.

She was given a new lease of life when the charity matched her to a loving new home with Vicki Green, of Orpington in London, who had experience of caring for senior cats.

What Vicki couldn’t have known was that she was giving a home to a record breaker. 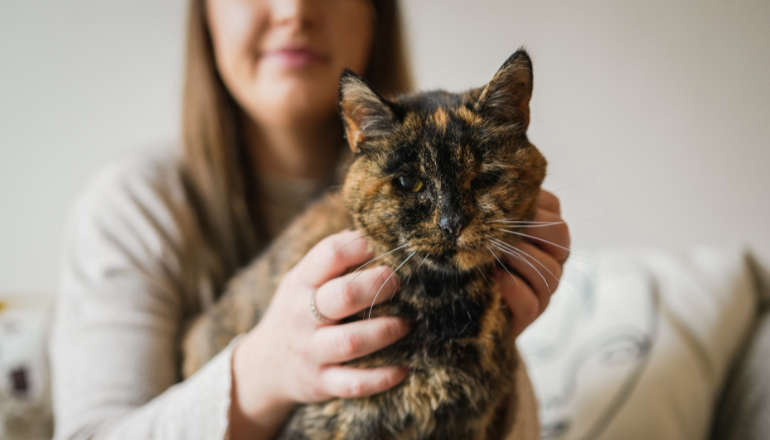 “I knew from the start that Flossie was a special cat, but I didn’t imagine I’d be sharing my home with a Guinness World Records title holder.

"She’s so affectionate, playful and sweet, especially when you remember how old she is.

"I’m immensely proud that Cats Protection matched me with such an amazing cat.

"She never turns her nose up at the chance of a good meal, except when she’s snuggled on her favourite yellow blanket.” 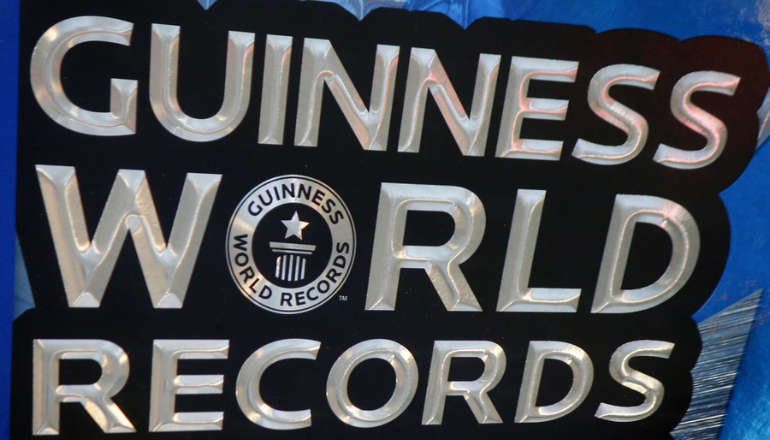 "We were so excited to hear about the lovely Flossie and celebrate her long life — it’s not every day you come across a cat who has been around since the mid-nineties.

"This is the human equivalent of over 120 years old, which would put her on par with Jeanne Calment, the French supercentenarian who lived to 122 years and 164 days and holds the record for the oldest person ever.

“We're happy to see Flossie settled and enjoying all the home comforts she deserves in her later life.

"A huge congratulations to Flossie, a highly deserving record-breaker."

It’s a heartwarming final chapter to the story of a cat that had remained in the same extended family since being homed as a young stray in 1995.