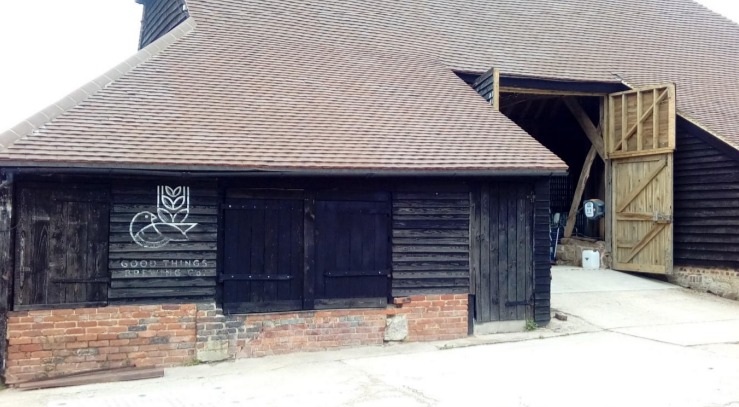 A brewery’s bid to begin selling alcohol from its premises outside Crowborough has been refused by councillors.

Last month, a Wealden District Council licensing panel considered an application from the Good Things Brewing Company to sell alcohol at its premises at Rendlye Farm, near Boarshead and Eridge.

The council has now published the results of the hearing, confirming that the application had been refused due to concerns around its impact on neighbours causing “public nuisance”.

“Given the lack of detailed proposals and the inability of the applicant to set out how he would uphold the licensing objectives in any detail, the members were satisfied that the licence should, at this stage, be refused.

“They were satisfied, on balance, that this represented a proportionate and transparent decision based on the evidence before them.”

During the hearing, councillors had heard from brewery owner Chris Drummond that the proposals were intended to ensure the business could recover post-Covid, by selling alcohol (both online and over the counter) from an on-site store and at a purpose-built tap room.

In order to “test” this plan, the business had previously secured five Tempory Event Notices (TENs) covering alcohol sales from the site over 15 days.

At one of these events on June 11, the meeting papers say, the council received a complaint about people drinking on the premises and gathering in breach of Covid lockdown regulations.

At this time licensed premises were only allowed to supply off-sales and no consumption was allowed at, or in the vicinity of, such premises.

Mr Drummond denied that the premises had breached lockdown regulations, but said the business had closed early that day as they had been busier than expected.

He said he did not expect the business to be that busy under normal circumstances.

“As detailed by Interested Parties in their experiences of past TEN events, the members were satisfied that Covid breaches had occurred on June 11, which demonstrated a lack of understanding of the legal responsibilities for businesses to uphold measures to protect people.

“The members were not satisfied that the learning outcomes, suggested by the applicant, demonstrated any clear thinking before the event, notwithstanding the severity of the pandemic at that stage in lockdown.”

The decision notice also set out that councillors believed the events held under TENs had caused disruption to neighbours and would be likely to continue should a licence be granted under the offered conditions.

Those conditions were more restrictive than those in the written application, including shorter hours than initially applied.

This would have seen on-sales ( to be consumed on site) to be limited to Friday and Saturday and Sundays only. This would be from 12pm to 10pm on Fridays and Saturdays and until 6pm on Sundays.

The additional conditions would also restrict all on-sales to a waited table service, i.e  no standing drinkers. The number of drinkers at each table and the number of tables being served would also have been limited.