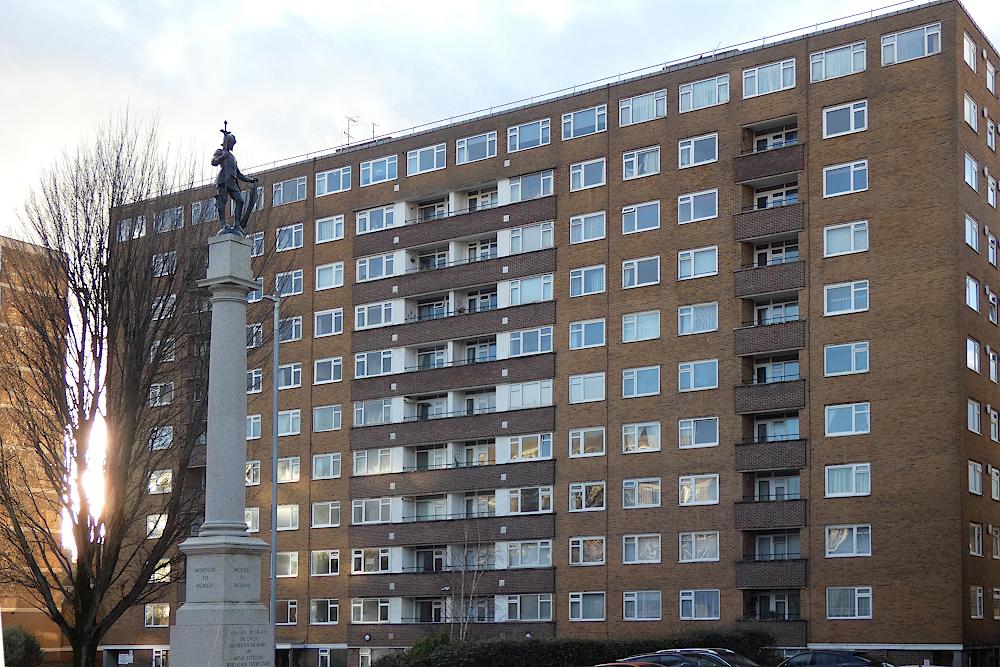 Plans to put telephone masts on a block of flats in a conservation area are due to go before planners next week.

More than 150 people have objected to the plans for the 5G masts at the Coombe Lea flats in Grand Avenue, Hove.

People living in the flats have campaigned against the proposed masts since they first heard about the planning application in March.

The application was submitted by phone companies EE and Three and it is due to be decided by Brighton and Hove City Council’s Planning Committee next week.

The phone companies want to put six antennas on three steel support structures on the roof along with three 2ft-wide dishes and eight equipment cabinets.

They also want to put an equipment cabinet in the grounds of the block of flats which is in The Avenues Conservation Area.

A report to the Planning Committee recommended that councillors approve the plans.

The council’s heritage team said that any benefits from the masts would have to outweigh the harm to the character of the conservation area and the setting of listed buildings.

But the heritage also team said:

“The height and scale of the host property is such that its existing impact on the setting of these heritage assets is already significant.

“The addition of antennas at roof level is therefore considered to cause less than substantial harm.”

Brighton and Hove’s Conservation Advisory Group (CAG) opposed the plans and said that there were no other antennas visible on buildings in the street.

As well as 158 letters of objection, the council has received four letters of support.

On the council’s website, the names and addresses of those commenting on the plans have been redacted.

“The antennas on the roof will be very visible and will ruin the appearance of the block.

“Coombe Lea is an example of classic 1960s architecture and a modern structure on its roof will look discordant and incongruous with its character.”

“As a long-term resident of Hove, I strongly object to this application and agree with the bulk of objections already articulately lodged, along with serious questions regarding the detrimental effects on health to residents and visitors.

“The proposed plan does nothing to enhance nor maintain the conservation area and if granted will be an irresponsible dereliction of duty.”

But one anonymous supporter said:

“5G will bring many benefits to the residents of Hove. It is depressing to read so many objections, mostly based on anti-5G conspiracy theories, ignorance and a refusal to look at the plans before commenting.”

“I welcome the arrival of 5G in Hove and am disappointed at the volume of hysterical, ill-informed objections to both the technology and the plan which take no account of the social and economic benefits of the technology.”

EE and Three included documents in their application to explain how 5G technology was part of the country’s “telecoms future” and how it would benefit the council.

Brighton and Hove has a “5G testbed” and is in the process of creating a three-mile ring of fibre-optic cables linking the universities, college buildings and public library.

EE and Three also said that the next generation of smartphones would be a “small part” of wider mobile connectivity.

“The next generation of mobile telephony is 5G and it brings a revolutionary approach to managing spectrum and greatly increasing data speeds.

“The advantages this presents range from near-instant downloads of HD films to connected cars, smart medical devices and smart cities.”

The Planning Committee is due to meet at 2pm next Wednesday (5 May) and is scheduled to be webcast on the council website.