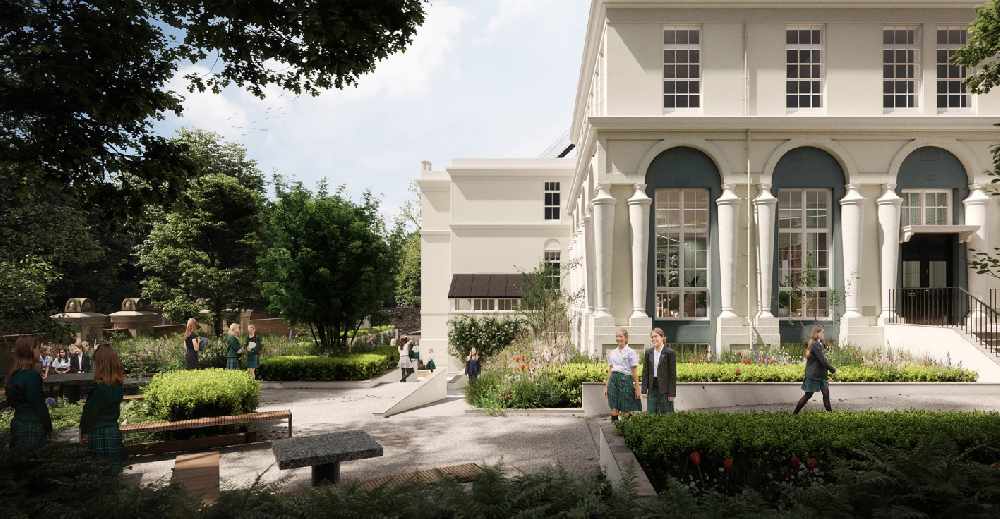 A Brighton school plans to bring all its pupils, from children in reception through to sixth formers, together on to one site from September.

Brighton Girls has submitted a planning application for a multimillion-pound project to Brighton and Hove City Council as it prepares to realise its vision.

The school, formerly known as Brighton and Hove High School for Girls, currently operates from two sites, with the prep school in Radinden Manor Road, Hove.

From September, the school plans to teach all pupils at its main site in Montpelier Road, Brighton, where the senior school and sixth form has long been located.

According to the plans, submitted in the past few weeks, people with disabilities – from pupils to those members of the public who use the school’s facilities – would have easier access.

Work is planned on the grade II listed Vicarage and Temple buildings and on the Montpelier building, including new windows, redecoration and roof insulation.

A new wooded play area would be created outside, as well as an edible garden or allotment, with landscaping and cycle parking.

The Temple building, designed by architect Amon Wilds, was originally the home of Thomas Read Kemp, the property owner and MP who gave his name to Kemp Town.

Kemp commissioned the house in 1819, it became a boys school in 1828 and the school that became Brighton Girls moved in by 1880, having been founded just four years earlier.

“This ambitious community building project will welcome the public for the first time into the former home of Regency landowner Thomas Kemp.”

“Under bold plans by head Rosie McColl, who took the school’s helm in January 2020, the ornate landmark will be reworked to become a community hub including a learning space for pupils, a wellbeing café and flexible working space for local entrepreneurs to use.

“The school also hopes to transform the landscaping at the front of the Temple and the school’s green spaces.”

“We want to create a setting where there are big sisters to mentor little sisters in a school that is a home to girls aged from four right through to 18.

“Our junior pupils will benefit from new specialist spaces for art, science and design.

“With a dedicated early years playground and a tree-lined lawn at the centre of the site, our younger pupils will have a space to play, to discover and to learn on a unique campus in our vibrant, buzzing city.”

“I want the Temple’s public spaces to be alive with the sound of educational thinking and debate, with a conversation that is diverse, inclusive and allows voices from across the city to be heard.

“By melding classroom and community, we hope that everyone benefits – pupils will be alerted to the opportunities and paths that await them and local businesses and entrepreneurs will hear the voices and ideas of the next generation.”

The school is in the Montpelier and Clifton Hill Conservation Area, with the main site split in two by Temple Gardens. As well as two grade II listed buildings, the school site has a grade II listed wall.

And in its application to the council for planning permission, the school said that, even without the work, all pupils would be brought together on Montpelier Road site.

The Radinden Manor Road site was formerly Cardinal Newman Catholic School’s lower school until about 20 years ago, since when all year groups have been taught at The Upper Drive site.

Before 1971, when Cardinal Newman was created, the Radinden Manor Road site was home to Cottesmore St Mary’s Secondary Modern School.

The site remains in the hands of the Girls’ Day School Trust and pupils are expected to continue to use the playing fields.

To see the application, search for BH2021/00415 on the Brighton and Hove City Council website at planningapps.brighton-hove.gov.uk.