Neighbours And Police Concerned About Alcohol Delivery Service In Brighton. 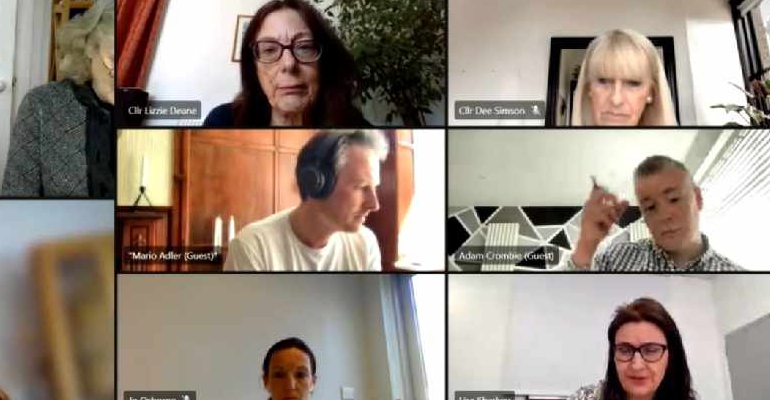 Online supermarket Weezy has applied for a drinks licence for a site in Brighton, and another in Hove.

Neighbours are worried that anti-social behaviour at party houses in Brighton will worsen if a “15-minute supermarket” is granted a drinks licence.

They are also concerned about more cyclists and scooter riders speeding through the area as the applicant, online supermarket Weezy, promises “quality groceries delivered in minutes”.

Sussex Police objected to two licence applications from Weezy – one for premises in Trafalgar Street in Brighton and the other for a site in Newtown Road in Hove.

And the North Laine Community Association objected to the Trafalgar Street site being given permission to sell alcohol.

Police licensing officer Hannah Staplehurst said that the 15-minute turnaround would potentially be attractive to people in student houses and holiday lets – whether for pre-loading or as “an extension to party drinking”.

“Sussex Police also have concerns over the operation and high possibility of proxy sales.

“Sussex Police have concerns over delivery drivers having the confidence to refuse delivery at a customer’s house, especially if they are intoxicated and become threatening or abusive.”

Weezy would rely on staff at both sites using electric bikes and mopeds owned by the company, a Brighton and Hove City Council licensing panel was told today (Monday 26 April).

But the police said:

“Sussex Police have concerns over the increased number of two-wheeled delivery vehicles on the road.

“Sussex Police have a current operation called Op Mainstay which focuses on reducing the number of road collisions resulting in killed or seriously injured persons who are on powered two-wheeled vehicles.

“Our concerns are that this business operation will add more vehicles on the road and possibly increase the number of people killed or seriously injured, as well as vehicle document related offences.”

“In February, police were called to Cheltenham Place to a disturbance from an Airbnb. I have three close to me in Church Street (and) five in Frederick Terrace are causing problems which are very close to this application.”

Another representative of the community association, Sandy Crowhurst, raised concerns about delivery riders speeding through the area because Weezy was promising to deliver shopping within 15 minutes.

The company’s director of operations Mario Adler said that Weezy saved time by packing deliveries in two or three minutes to give riders as much time as possible to reach their destination.

The Brighton premises would deliver as far out as the Marina and Lower Bevendean – and the Hove site as far as the Southwick border.

Mr Adler said that riders also worked at the company’s sites and were paid by the hour – not by the delivery – encouraging them to ride safely.

He said that the 15-minute window was a way of promoting the business but it was not a hard and fast rule and riders would not be penalised for taking 17 minutes.

Mr Adler said that the company had recently started operating in Manchester and also had premises in London and Bristol.

“Brighton and Hove has our target demographic which appreciates high-quality produce. People are focused on organic food (and) ‘free from’ products – free from wheat, meat and gluten. It suits us with the kind of offering we cater for.

“It is similar to Bristol. Outside of London there is less choice and we can offer that choice. We are different from what most communities are able to tap into – and we can provide convenience on top of it.”

Green councillor Lizzie Deane, who chaired the licensing panel, said that Brighton was different to London, Bristol and Manchester, with its population of 280,000 but annual visitor numbers of 11 million to 12 million.

“It makes us a very high tourist destination and a high proportion of those people will stay overnight.

“Unlike London, Bristol and Manchester, we have a reputation of being a party town where people come to let their hair down. This underlines a lot of our concerns in relation to alcohol.”

Mr Adler said that Weezy was not targeting party people as most of the shopping would be grocery baskets of fresh fruit and vegetables.

Solicitor Lisa Sharkey, a partner at Poppleston Allen, said on behalf of Weezy that the company’s app looked like a grocery service rather than an alcohol delivery service.

She said that Weezy would only deliver to homes or business addresses, never to an open space such as a park or the beach.

She also said that the company did not see itself as an off-licence because it was a grocery service offering fresh food or larder items.

“We don’t fall within ‘off-licence’ because we are not exclusively for the sale of alcohol.

“We are predominantly non-alcohol led because the grocery shopping is higher than it is the demand for the alcohol.”

The council licensing panel retired to make its decision on the two applications which should be made public within five working days.