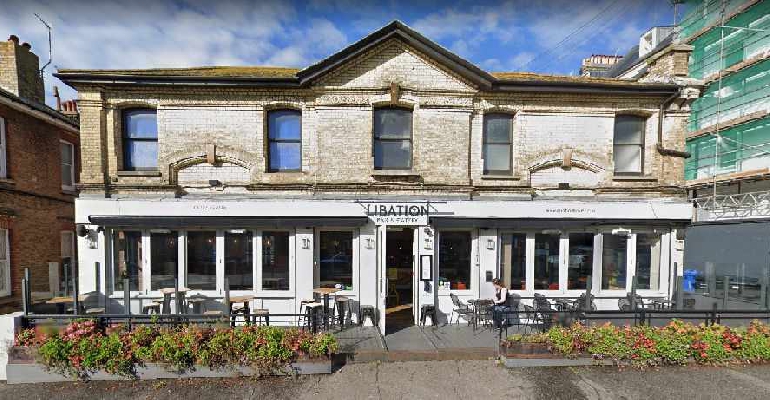 Libation, on Second Avenue, has applied for six tables outside as it tries to pick up business again after the lockdown.

Neighbours have objected to a bar’s plans to place half a dozen tables “on the highway.”

Five people have objected to the application by Libation, in Victoria Grove, Second Avenue, Hove, including someone with a mobility scooter who already struggles to get past pavement drinkers there.

Libation, formerly the Tin Drum, is owned by the Day family’s Golden Lion Group, which has seven pubs across Brighton and Hove. Leo Day is listed as the designated premises supervisor.

The application – for a variation to Libation’s premises licence – is due to go before a virtual Brighton and Hove City Council licensing panel next week.

A report to the licensing panel quoted concerns about the pavement becoming blocked outside the premises – even though Libation pledged to clear away the extra tables by 7pm.

One neighbour, whose details have been redacted, said that there were a “multitude of other outlets” selling alcohol in the area.

“In addition, local residents have, on a number of occasions, complained about the poor management of tables on the highway, blocking paths and failing to manage intoxicated customers.

“This nuisance would exist even if the tables were removed at 7pm as much of the drinking happens during the day.”

“On many occasions in the past we have struggled to walk past this establishment on the pavement and on some occasions have been forced to use the road as access has been blocked by Libation customers.

“When we have asked customers to make way on occasions, they have been quite aggressive and appear not to comprehend the pavement is a public right of way. This is at all times of the day.

“The management do their best with security staff but often they do not come on duty until the evening.”

The bar’s existing licence permits alcohol to be sold from 10am to 1am every day although it has traditionally shut at 10.30pm on a Sunday.

It has reopened its forecourt in line with the easing of coronavirus lockdown rules on Monday 12 April.

But the government’s “roadmap” out of lockdown means that it cannot serve people indoors until Monday 17 May at the earliest.