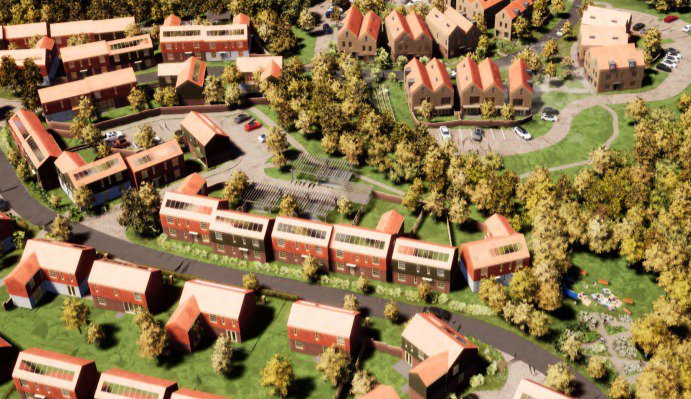 The next step in a major housing development in Battle is set to go before Rother planners next week.

On Thursday (April 14), Rother District Council’s planning committee is set to consider a reserved matters application (from the council itself) to build houses on the Blackfriars site, which was given outline permission for up to 220 homes last year.

While recommended for approval by officers, the proposals (from the council itself) have seen some significant opposition from some residents.

The objectors raise a wide range of concerns, including: issues around drainage, highways pressures and the overall suitability of the site for development.

Objectors have also raised concerns about the impact of the development on the ecology and landscape as well as the High Weald Area of Outstanding Natural Beauty (AONB).

These arguments are disputed by planning officers, however, who say the scheme is expected to enhance the area, rather than damage it.

In a report to the committee, a planning officer said: “The ecological importance of the site is well documented and subject to compliance with the mitigation measures and programmed improvements, would give rise to an overall enhancement of the area rather than loss.

“The ecological proposals work in tandem with the landscape strategy for greening the development and providing green pathways through the site linking into the surrounding countryside.”

Officers also say the details of the building’s scale, layout and appearance are considered acceptable and reflect the High Weald housing design guide.

The buildings are also described as being highly sustainable, intended to be ‘future-proofed’ for zero carbon emissions.

The application covers three large fields on the western side of the site, within which 200 new homes are proposed. They are proposed to be a mix of sizes and types including one- and two-bed flats, together with two-, three- and four-bed houses.

The remaining 20 units, which would be on a plot in the north east corner of the site, are expected to be considered at a later date.

As well as deciding on details of the site’s design, the committee is also asked to approve the development’s landscape and management plan. Other ecology mitigation and enhancements were agreed at the outline stage and works have already started on their implementation.

For further details of the application see reference RR/2020/2307/P on the Rother District Council website.