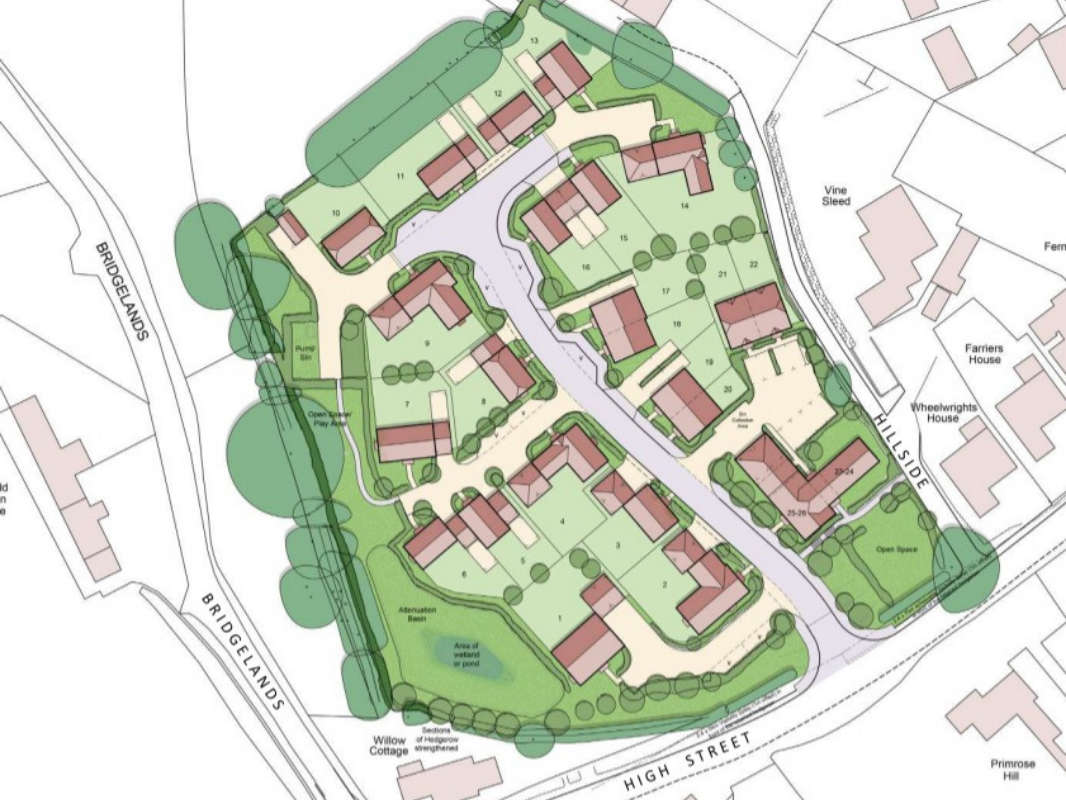 Proposals for a housing development in Barcombe are set to return to Lewes planners next week after being refused at a previous hearing.

On Wednesday (August 4), Lewes District Council’s planning committee is set to consider an application, from developer Rydon Homes Limited, seeking outline permission to build up to 26 homes on land north of High Street.

An earlier version of the scheme had been considered by council planners in April, but was refused due to concerns around its proposed access and potential impact on local ecology.

While the access remains in the same position as in the previous application, council planning officers say the developer has provided additional technical information addressing both of the committee’s previous concerns.

In a report, a council planning officer said:

“The submitted scheme, which as previously, seeks approval for access arrangements only, maintains the access on the same position as previously but with additional technical reports provided setting out the rationale for selecting the site access point and additional details on biodiversity and ecological mitigation and improvements.

“Overall, it is considered that the proposed development would not have any unacceptable impact on any areas or assets of significant importance  or result in significant harm that would outweigh the benefit of up to 26 new dwellings to assist the district in addressing housing need.

“It is therefore recommended that the application is approved subject to relevant conditions and a 106 agreement securing policy compliant affordable housing provision.”

While recommended for approval (as was the previous scheme), the additional details are unlikely to assuage the fears of local objectors.

Some of these objections are tied to another application for housing within the village – proposals to build six houses on a plot off of a nearby road, known as Bridgelands.

Objectors said the two proposals, in combination, would have a particular impact on flooding and local wildlife.

These elements did not form part of the committee’s previous reasons for refusal, however.

For further details on the application see reference LW/21/0530 on the Lewes District Council website.