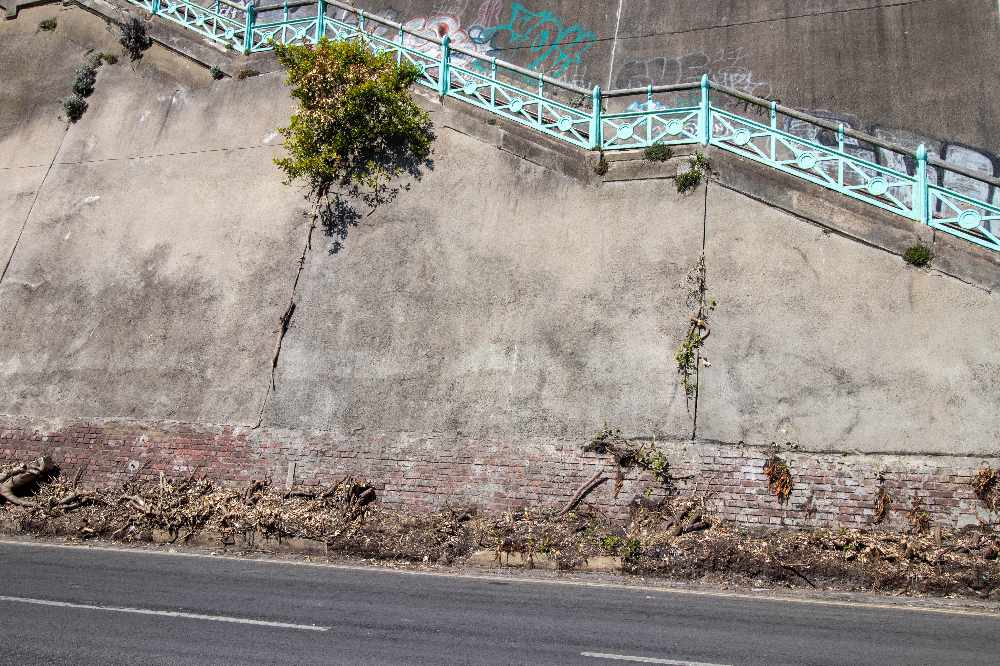 Brighton's Green council has been forced to apologise after destroying part of Europe's oldest (and longest wall).

In March, the local authority cut back part of Green Wall at the end of Duke's Mound - but it has now admitted it 'should not have been cut down in this way'.

An investigation is underway to find out what happened - after the cutting was 'not raised' with the local authority - but was 'arranged' by council staff.

The cutting was allegedly deemed appropriate after a road safety audit found the greenery could cause collisions.

'We’d like to apologise to our residents for the way we went about cutting back the stretch of Green Wall at the bottom of Duke’s Mound in March.

'It should not have been cut down in this way. We are very sorry about this, and an investigation is underway to find out how this happened.

'As part of the Black Rock regeneration project a road safety audit was carried out. This found that the greenery limited visibility and may result in collisions between vehicles and pedestrians.

'The cutting back of the greenery was not raised with councillors. It was arranged by council staff as an operational requirement, stemming from the road safety audit.

'Councillors have requested an urgent review into how the excessive cut-back happened, what lessons need to be learnt from it, and what work is being done to re-establish the greenery. Officers will report back to councillors on this as soon as possible.

'We recognise that we should have engaged with Brighton & Hove Building Green when it became clear that this vegetation needed to be cut back. We have spoken to them to apologise and ensure further engagement in future, and we are grateful for their involvement.

'We would emphasise that although there are plans to build a cycle lane here, the recommendations of the road safety audit were made in relation to pedestrian safety with regard to traffic in general and nothing to do with the cycle lane in particular.'

Brighton Green Council have made an apology after cutting down part of Europe’s oldest and longest green wall. ...