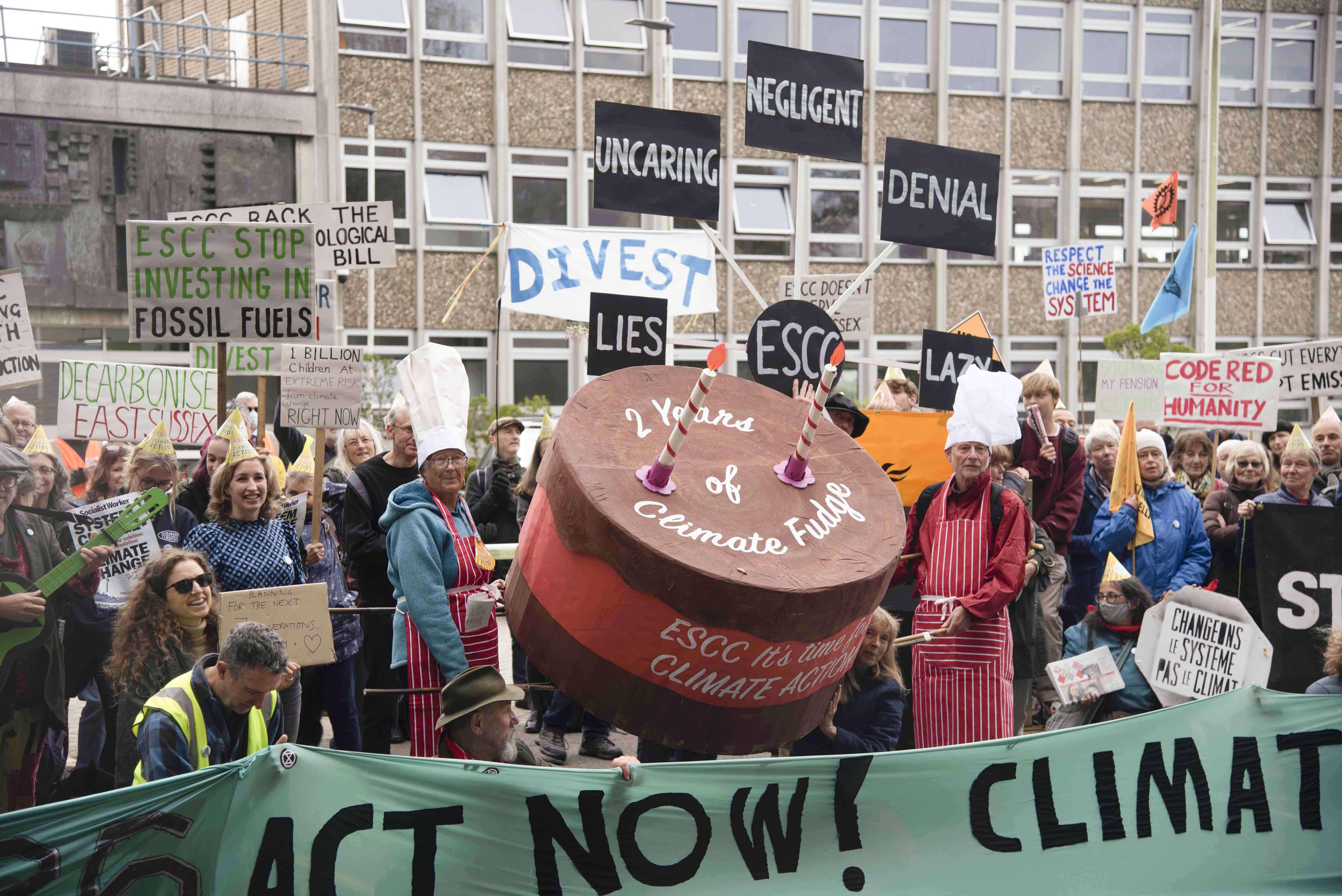 The meter-tall cake with two giant candles, carried by two people in chef outfits, was decorated with the words: 'Two years of climate fudge' and 'ESCC: It's time for climate action!'.

The cake was paraded through the streets of Lewes to County Hall, led by well-known local musician, Dirk Campbell, playing the bagpipes.

Campaigners say that two years after declaring a 'climate emergency', East Sussex County Council (ESCC) is still refusing to divest the East Sussex Pension Fund from fossil fuels, hasn’t endorsed the Climate & Ecological Emergency Bill and appears to have done little to make its ‘target’ of reducing the county’s carbon emissions by 13% a year a reality.

Yesterday's council meeting was its last meeting before this year's historic climate summit in Glasgow. 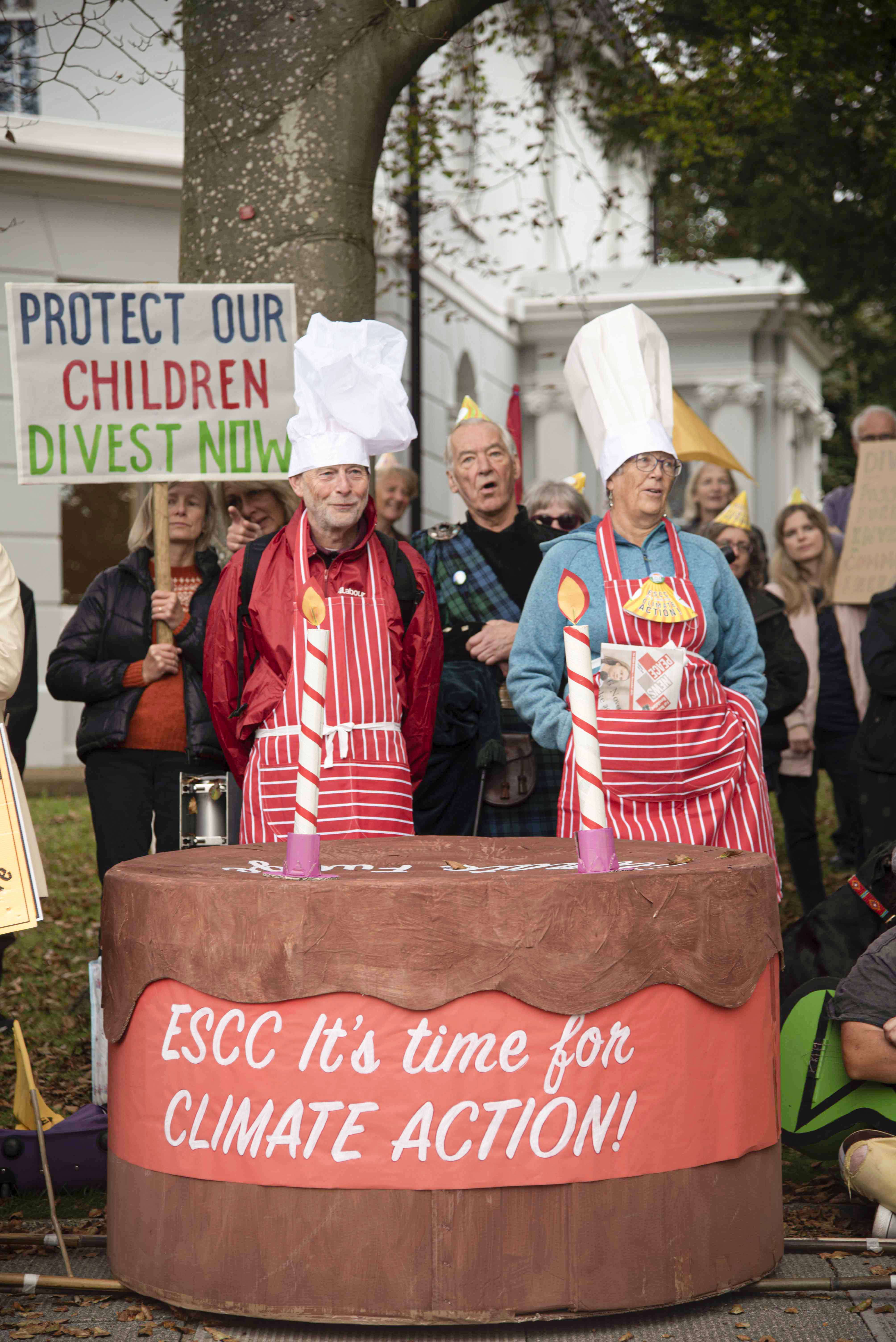 "The UN Secretary-General described the latest UN climate report as a 'code red for humanity', saying that it 'must sound a death knell for fossil fuels, before they destroy our planet'.

"With COP26 coming up in 20 days time, the UK's claim to lead on climate change action is completely undermined by the actions of public bodies such as the East Sussex County Council Pension Fund who are still investing in fossil fuels. It beggars belief."

"Members of Lewes Climate Hub recognise the climate and ecological emergency and our groups are working together on many initiatives to address the threats to our area. Our elected county councillors need to lead on this and take action now."

"ESCC must do its part in reducing its emissions to net zero, starting now. Targets without active plans risk all our futures."

"We've seen green wash claims and pre-election promises. But action hasn't followed, or it's been half-hearted. ESCC have acknowledged there's climate crisis, but fossil fuels are still part of the pension portfolio.

"ESCC say we have to address the ecological emergency, but plans to create a dual A27 are keenly pursued. Green Party councillors say: Divest. I've seconded the motion to support the Climate and Ecological Emergency Bill since we need to act like our house is on fire: because it is."

We have approached East Sussex County Council for a comment.