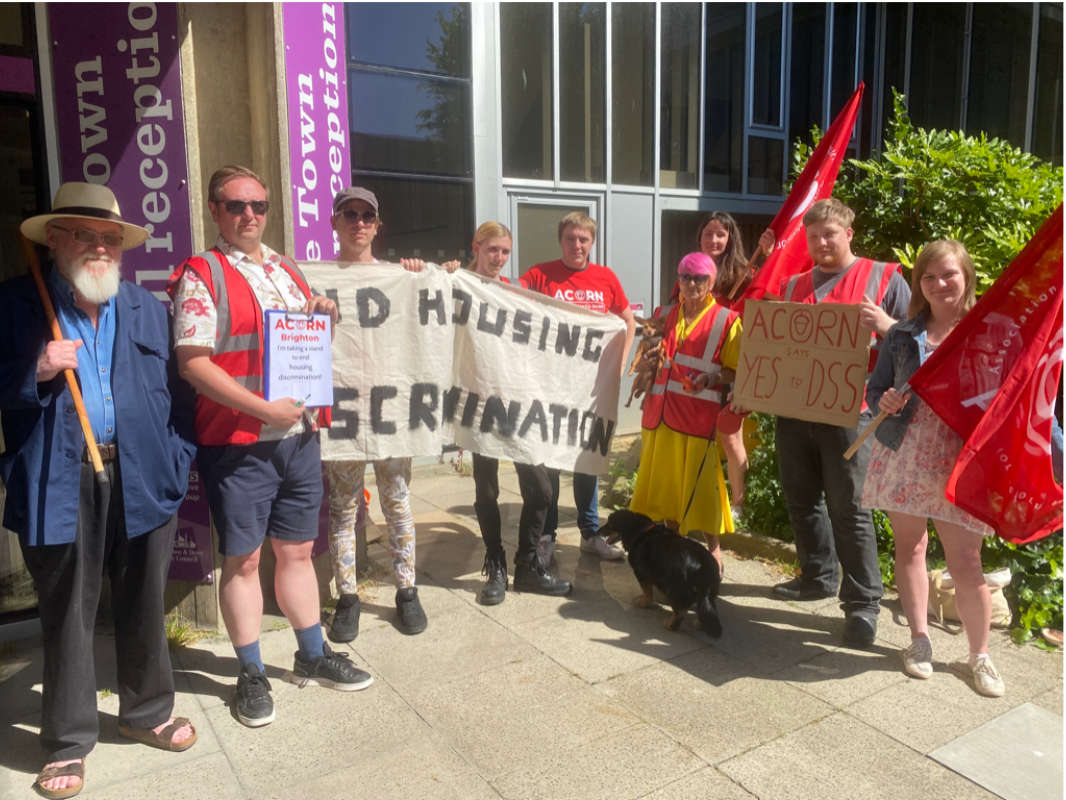 Councillors have backed moves to try to prevent private landlords from discriminating against people on benefits.

Although discrimination is against the law, research by community union Acorn suggested that landlords told 61 per cent of private renters in Brighton and Hove that they would not take tenants on benefits.

Members of Brighton and Hove City Council’s Housing Committee voted to provide guidance, making it clear that “no DSS” policies were illegal.

And they condemned conditions such as asking for six months’ rent in advance and requiring a homeowner as guarantor.

Officials may be asked to look into ways of extending a scheme under which the council acts as a guarantor.

If the council brings in a landlord accreditation scheme, anyone signing up would be required to accept tenants on benefits.

The committee also agreed that the council should provide advice and direct people to information to help them challenge discrimination.

She said that this broke the Equalities Act 2010 and that the housing charity Shelter had taken legal action on behalf of people with “protected characteristics” to expose illegal discrimination.

“This is really worrying to us, given the current cost of living crisis and the crisis we face in homelessness.

“They take all the forms from prospective tenants, who rely on benefits to pay their rents, who are routinely asked to provide a high-earning guarantor or are asked to pay … up to six months’ rent in advance. It’s impossible.”

Green councillor Martin Osborne said that landlords were getting around the legislation by indirectly discriminating against benefit claimants.

He hoped that a new government white paper would lead to a clampdown on indirect discrimination but he added that action was needed now.

Conservative councillor Anne Meadows said that rents were high in Brighton and Hove because of demand, with many people in lower-paid jobs moving to Shoreham and Worthing.

She said that the Equalities Act already covered discrimination and needed enforcing, adding:

“You’re looking at discrimination to be forbidden. It already is.”

Councillor Meadows said that merging benefits and making one payment under universal credit was a problem for some landlords, with direct payment to landlords a better option.

Green councillor Jamie Lloyd said that he was one of the only homeowners in his friendship group and had seen friends “jump hurdles” in their efforts to rent properties.

“These are hard-working people and a lot of them earn quite a lot more than me but I act as a guarantor on countless occasions.

“I get these impertinent calls at any time of the day from estate agents saying, ‘do this, do that, or this person can’t move in.’ I think it’s extremely rude.”

Outside the town hall before the meeting, Acorn members protested about bans on tenants on benefits and lobbied councillors.

“Passing this motion says the council are openly, strongly against any kind of discrimination and they will crack down on any rogue landlords and letting agents to stop them from doing this and support tenants getting into difficulty with court cases.

“We also have a pledge for landlords to sign, saying they will end their discrimination against people on benefits.”

All eight Green and Labour councillors on the committee voted for the proposals, with the two Conservatives abstaining.