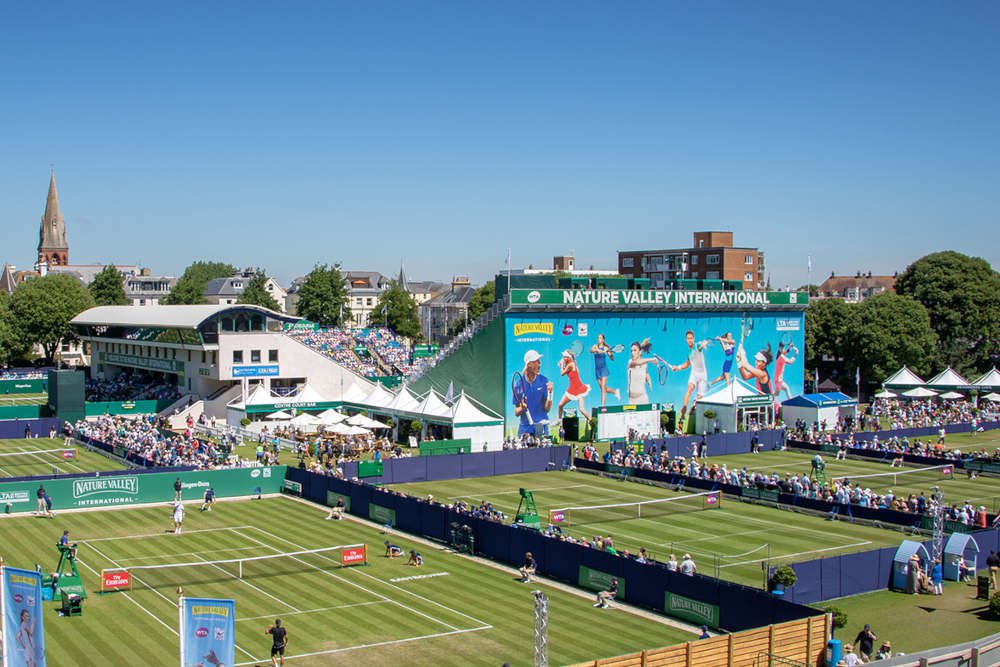 The grass courts of Devonshire Park have opened to the public for six weeks only, in a rare opportunity to play at the home of the Nature Valley International, after the cancellation of all tournaments this year.

According to Eastbourne Borough Council, the impact of Covid-19 has led to the, apparently, "immaculate" courts being opened up for bookings as part of the Lawn Tennis Association's "Play Your Way" scheme.

It means seven of the international-quality courts have been made available.

The local authority said 2020 would have seen many of the world's top twenty players competing at the historic venue — past competitors have included Caroline Wozniacki, Novak Djokavic, Andy Murray and Eastbourne's very own Johanna Konta.

With a further five tournaments usually taking place during the summer ranging from County Cup teams to over 35s events, the courts have undergone intense maintenance over the winter and have been brought to a high standard for play.

Cllr Margaret Bannister is responsible for tourism and enterprise at Eastbourne Borough Council.

"With six tournaments cancelled this summer due to Covid-19, we would love to see some tennis action and the courts have never looked better!

"This really is a rare opportunity to follow in the footsteps of the world's top tennis stars and play on some of the most prestigious grass courts in the world."

The courts were expected to operate with strict guidelines to limit contact including the introduction of social distancing measures, additional hygiene controls, hand sanitisers and use of own equipment.

A booking website has full details of these measures.

Four courts are open to the general public from 10am to 5pm each day, with prices ranging from £25 to £30 per hour, and a further three courts are available to members of the Devonshire Park Lawn Tennis Club at discounted prices.