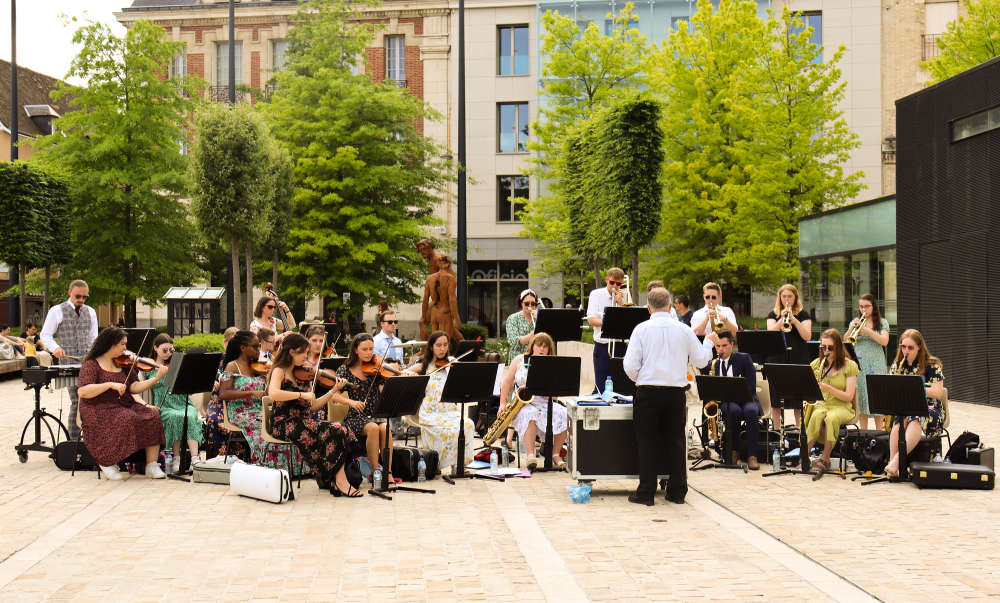 Ukrainian families who have found sanctuary in West Sussex are being invited to a free Christmas concert at the University of Chichester in December.

Christmas Comes but Twice a Year, performed by a cast of British and Ukrainian actors, singers and musicians, is intended for communities who moved into the area following the government’s Homes for Ukraine scheme.

The theatrical production is held at the University’s Chichester campus, on College Lane, from 4pm on Sunday 11 December – with free tickets available from www.ticketsource.co.uk/universityofchichestermusic.

The performance tells the story of Sofia, who found sanctuary in West Sussex having left her home in Ukraine and who now faces two Christmases: in the UK on December 25th and that of the Eastern Orthodoxy on January 7.

Little does she know that she is about to swept away on an extraordinary journey to a wondrous place called the ‘in-between’, where East meets West, hope counters hopelessness and Christmas seems to go on forever, said writer and director Scott Ramsay.

“When the government’s Homes for Ukraine scheme was launched earlier this year, communities across West Sussex proved to be among the most welcoming in the UK, and the region provides homes to hundreds of families who have found sanctuary from the conflict in Ukraine.

“The response [to our production] from our growing Ukrainian community has been astonishing. We’re working with 40 talented artists, including choirmaster Olena Ivanchuck from the Buchansky region of Ukraine, and the University’s own Sleepy Lagoon Orchestra.”

The Christmas Comes but Twice a Year production, funded by Arts Council UK, features Christmas hits from the West and the Ukraine, the show will see Ukrainian and host families come together with communities in Chichester and Bognor Regis.

The performance includes Ukrainian captioning, and features musicians from Chichester’s celebrated Sleepy Lagoon Orchestra, based at the University’s Conservatoire, which regularly performs at Goodwood events and other Sussex venues.

“This event will celebrate the best of Ukrainian and UK cultures and support our friends who have found sanctuary across our West Sussex. We are thrilled to be hosting hundreds of Ukrainian and host families, and are proud to play a part in bringing people together this Christmas.”

The production is held at the University’s Chichester Campus, College Lane, West Sussex, PO19 6PE – with tickets available at www.ticketsource.co.uk/universityofchichestermusic.

It will be streamed online for those who are separated this Christmas – and funds raised in relation to the live performances will be donated to Sanctuary in Chichester.