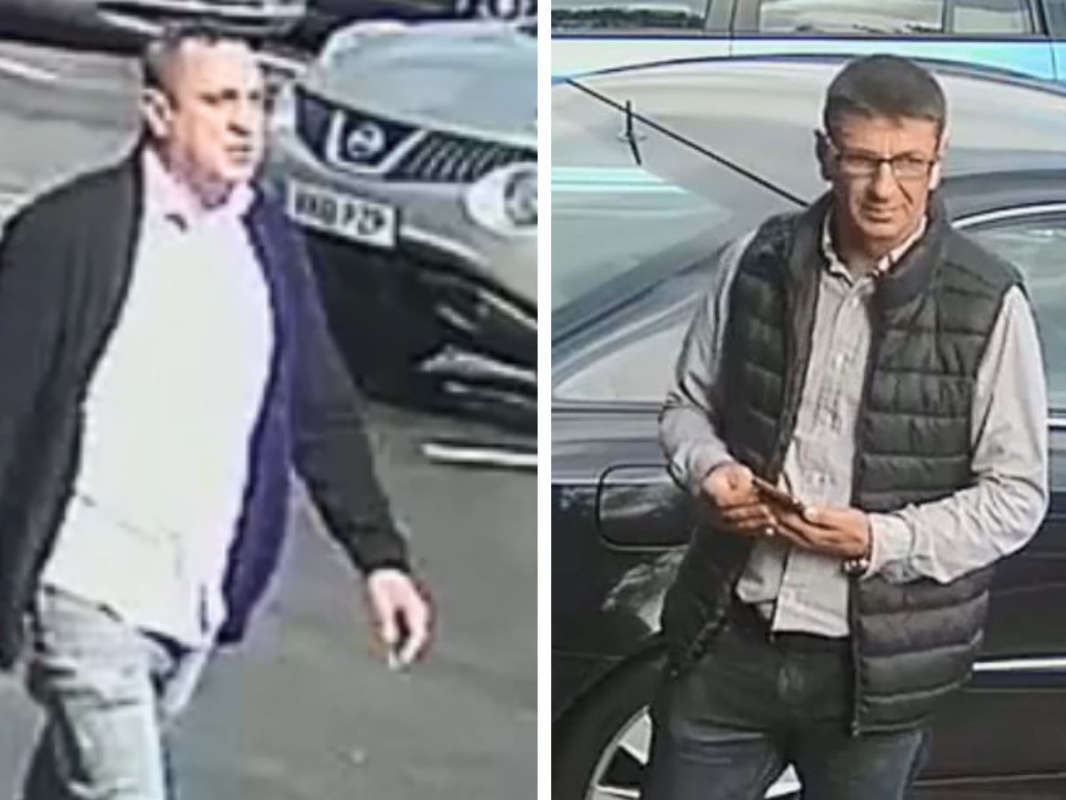 A vulnerable pensioner has become the victim of a distraction theft following the theft of her purse from her car.

It happened at the Morrison’s supermarket car park in Hawthorn Road, Littlehampton between 1.20pm and 1.50pm on September 25.

The victim, a woman in her 80s, had paid for her shopping and returned to her vehicle.

Then, as she was returning her trolley she was distracted by a man in the car park.

Meanwhile a second man went into her car and stole her green leather purse which contained cash and photographs.

Officers have obtained images of the men they wish to speak to in connection with the theft.

One is described as a thin white man aged in his 40s or 50s, with brown hair and glasses. He wore a black gilet style puffer jacket over a light coloured shirt, dark blue jeans and dark blue trainers.

The second is described as a well-built white man aged in his 40s or 50s with short dark hair. He wore a light coloured shirt, a dark or black jacket, and light coloured jeans.

Anyone who recognises the men or who has information about the theft is asked to report it to Sussex Police online here or call 101 and quote serial 913 of 25/09.