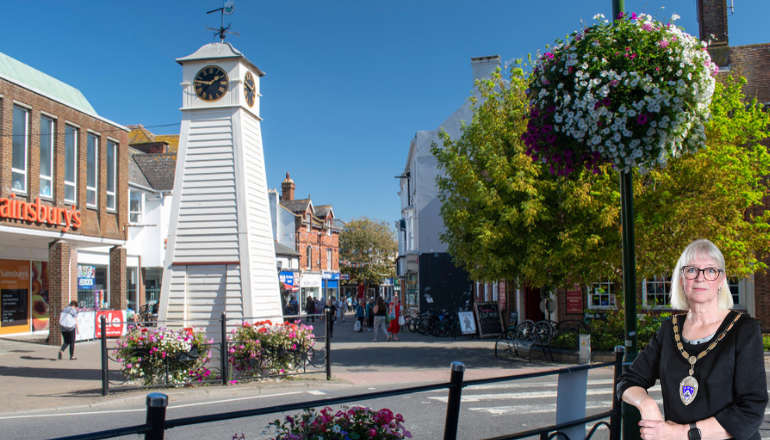 “I am honoured and excited to be elected the new Town Mayor of Littlehampton.

"I have lived in the area for more than 30 years, originally drawn here by a welcoming, friendly and passionate community.

"This is a diverse and interesting town, with its challenges, certainly, but also its strengths.”

The Town Mayor has been involved with local Scouts for the last ten years and has seen first-hand how Scouting helps young people learn new skills and achieve their best.

Acknowledging the struggles faced by charities such as Scout Groups, the Mayor has chosen the Arundel & Littlehampton District Scouts, specifically their campsite, as her charity for the year.

The Deputy Mayor for the next 12 months and Mayor Elect is Councillor Freddie Tandy who also represents the Courtwick with Toddington Ward.