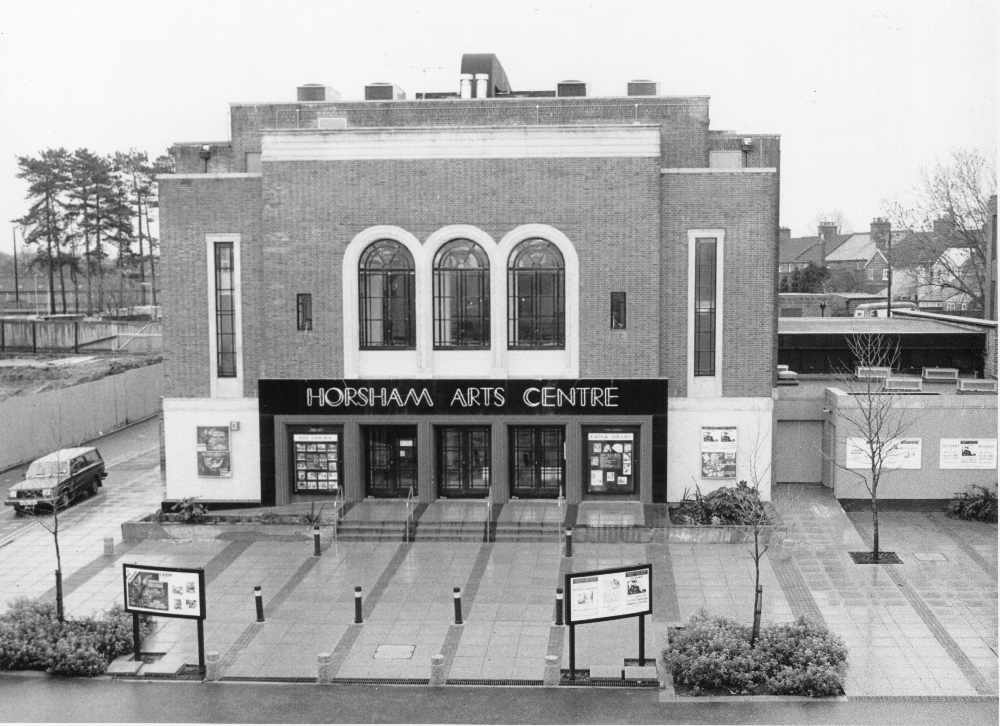 A much-loved entertainment venue in Horsham is about to celebrate its 85th birthday!

The Capitol opened in June 1936, back then as a cinema called The Ritz, during those years the building has had four “faces” and has always played a big role in the history of Horsham’s entertainment.

Built by Hall Beddall & Co Ltd it was owned and operated by Union Cinemas, the building company prided itself on using local labour and materials and construction was completed in a remarkable six months beating Horsham’s Odeon Cinema which opened four months later.

Mr L H Parsons MBE FRIBA of Messrs Godman & Kay designed the building, with some beautiful art-deco style features internally, for cinema use only without a stage and a capacity for 1086 people on two levels, stalls and one circle.  The total building cost was just under £30,000.

One interesting feature of The Ritz was a Compton theatre organ which provided live music and sound effects to accompany silent films.  The organist would also play music at the interval whilst the audience enjoyed sweets and ice creams.

At that time there were four cinemas in the town  – The “old” Capitol Theatre, Winter Garden, The Carfax as well as The Ritz which showed the demand for cinema as entertainment. Ticket prices were 6d, 1/- and 1/4 for seats in the Stalls and 1/10 and 2/6 for seats in the Circle.

Union Cinemas ran into financial crisis and fell under the control of Associated British Cinemas (ABC) in October 1937 but the cinema retained its name as The Ritz for just over 30 years.

1967 saw the second face as the cinema was re-named the ABC during a two week run of My Fair Lady to give a clearer brand image.  In the 1970s due to a decline in attendance, the cinema was added to ABC's list for disposal. Horsham District Council acquired the site in January 1982 and ran it as a cinema until November 1983. The Council planned an elaborate conversion into a theatre and cinema for the town, replacing the former 1923 Capitol Theatre, originally situated originally in London Road (and later in Medwin Walk), which was to be demolished in 1983 for the construction of a Marks & Spencer store on the site. By  December 1984 the building had it’s third name above the doors - Horsham Arts Centre. 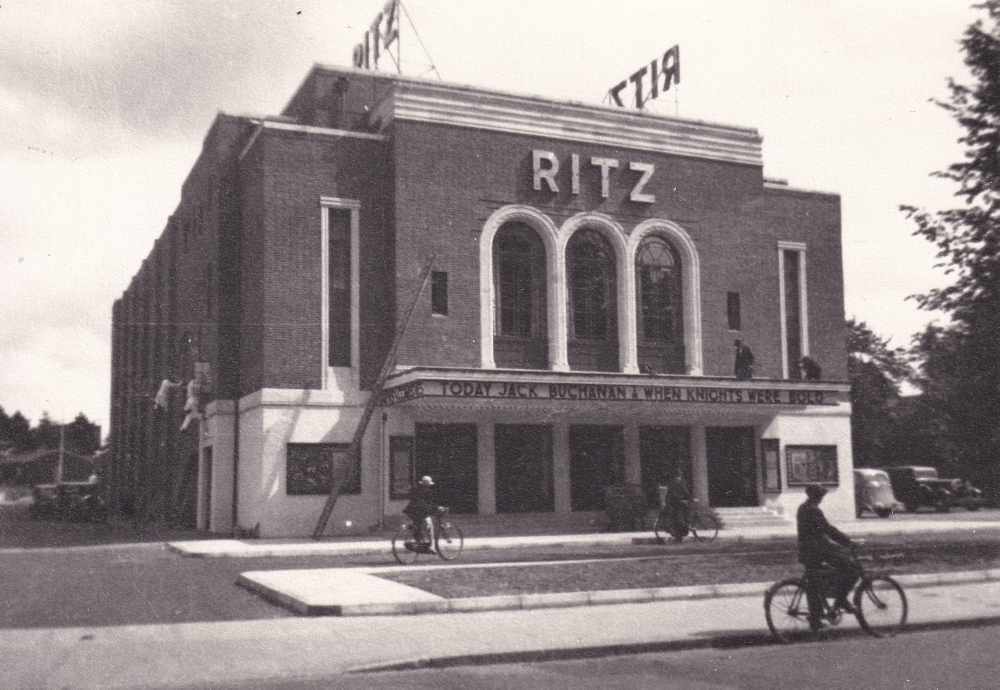 In January 2002 work commenced on a £6 million refurbishment which marked the beginning of a most ambitious and impressive change to the town’s key entertainment centre.

The project involved a new glass atrium being constructed to the front of the building which housed a new box office and cafe on the ground floor and a new cinema and art gallery above. At the same time the cinema on the ground floor was refurbished and a new bar added. To the side of the theatre a new 100 seat Studio theatre was constructed, along with new dressing rooms, a plant room and a new scene dock. The theatre's main auditorium was also completely refurbished at this time with both levels re-raked and re-seated providing 410 seats in the theatre. 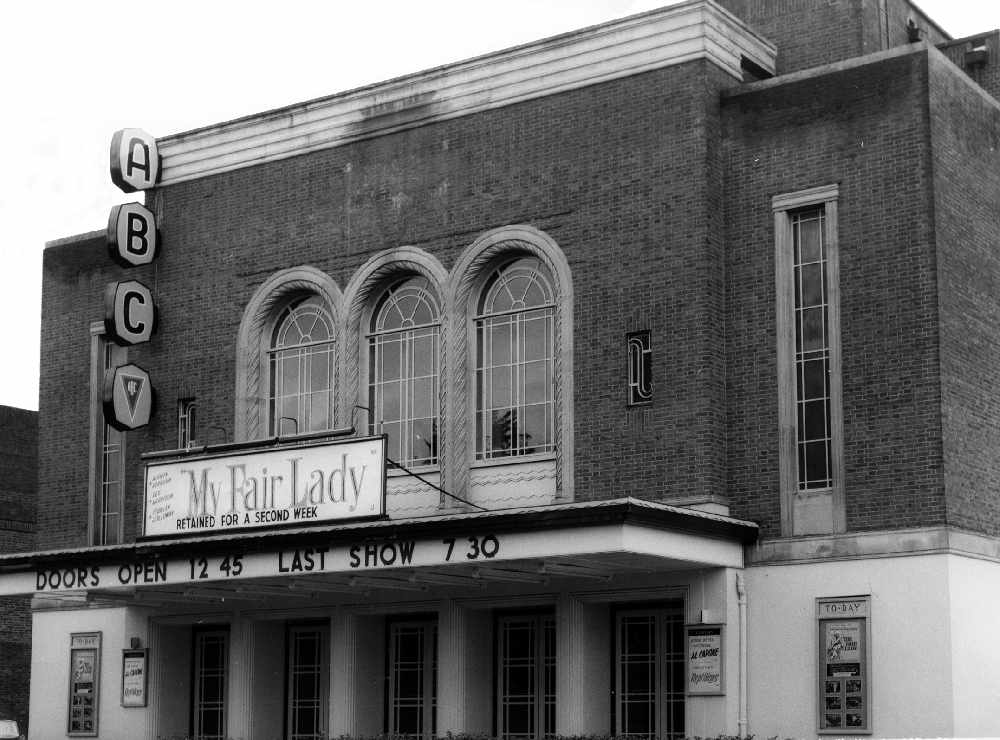 1967 ABC Cinema Horsham just after the Ritz name was dropped

Re-named as The Capitol, in homage to the old Capitol Theatre (following a public vote on a name organised by the West Sussex County Times) doors opened in September 2003 and it was officially opened by HRH Queen Elizabeth II on 24 October 2003.  Today it is the only operating theatre & cinema in the UK to be called 'The Capitol'.

“Following our closure due to the pandemic, we can’t wait to re-open and welcome the return of our customers to enjoy live theatre and films here.  It is hoped a celebratory event can take place on the actual 85th-anniversary date in June but details will have to be confirmed nearer the date, subject to Covid restrictions”