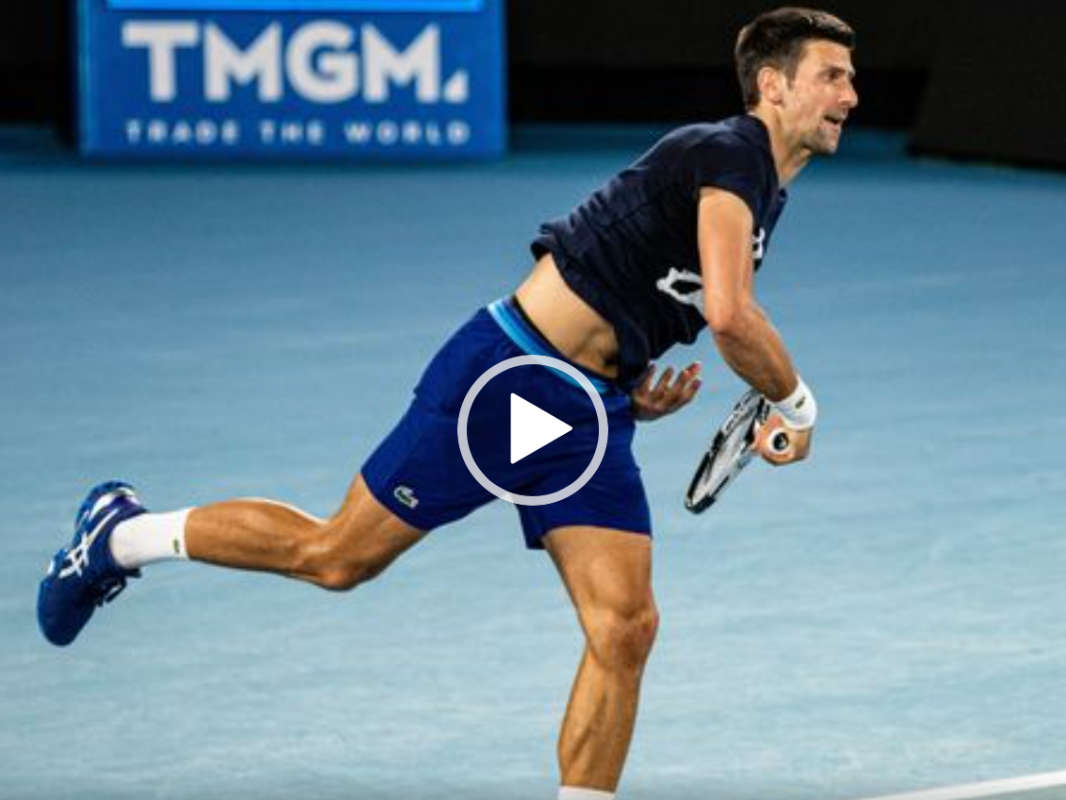 Novak Djokovic's visa has been cancelled by Australia's immigration minister on public health grounds, casting further doubt over his participation in the first grand slam of the year.

The tennis star first had his visa cancelled on arrival in Melbourne last week when his COVID-19 vaccination exemption was questioned.

But he won a court appeal against the cancellation that allowed him to remain in the country.

At the time, the Australian government said it would continue to look at whether he could stay, which was a decision that was entirely at the discretion of the country's immigration minister Alex Hawke.

Mr Hawke said he made his decision after "carefully" considering information from the Department of Home Affairs, the Australian Border Force and Mr Djokovic.

"Today I exercised my power under section 133C(3) of the Migration Act to cancel the visa held by Mr Novak Djokovic on health and good order grounds, on the basis that it was in the public interest to do so," he said in a statement.

"The Morrison government is firmly committed to protecting Australia's borders, particularly in relation to the COVID-19 pandemic," he added, referring to Prime Minister Scott Morrison.

Under the section of the Migration Act used by the minister to enforce his decision, Djokovic will not be able to secure a visa to come to Australia for three years, except in compelling circumstances that affect the country's interest.

The declaration form problem and the French magazine interview

Djokovic's case was not helped after he admitted his declaration form to enter Australia falsely claimed he had not travelled in the two weeks prior to his trip, which he attributed to a mistake by his agent.

"On the issue of my travel declaration, this was submitted by my support team on my behalf as I told immigration officials on my arrival - and my agent sincerely apologises for the administrative mistake in ticking the incorrect box about my previous travel before coming to Australia," he said in a statement.

He also confessed to meeting a journalist for a face-to-face interview and photoshoot for French magazine L'Equipe in Belgrade after testing positive for COVID-19.

What about the Australian Open?

The second cancellation of Djokovic's visa comes after he was drawn against fellow Serb Miomir Kecmanovic in the Australian Open, which is due to begin on Monday 17 January.

The men's tennis world number one could still file a legal challenge but if not his hopes of winning a 10th title at Melbourne Park and 21st grand slam crown will come to an end.

One order would be an injunction to prevent his deportation, like the one he gained last week.

The second would order Mr Hawke to grant Djokovic a visa to play.

If he is forced out of the tournament ahead of Monday's order of play being announced, the seeds will be shuffled around, with fifth seed Andrey Rublev taking the tennis star's place.

After Djokovic won his first court appeal at the start of the week, the 34-year-old returned to the tennis court to practise for the Open and has been doing so every day since.