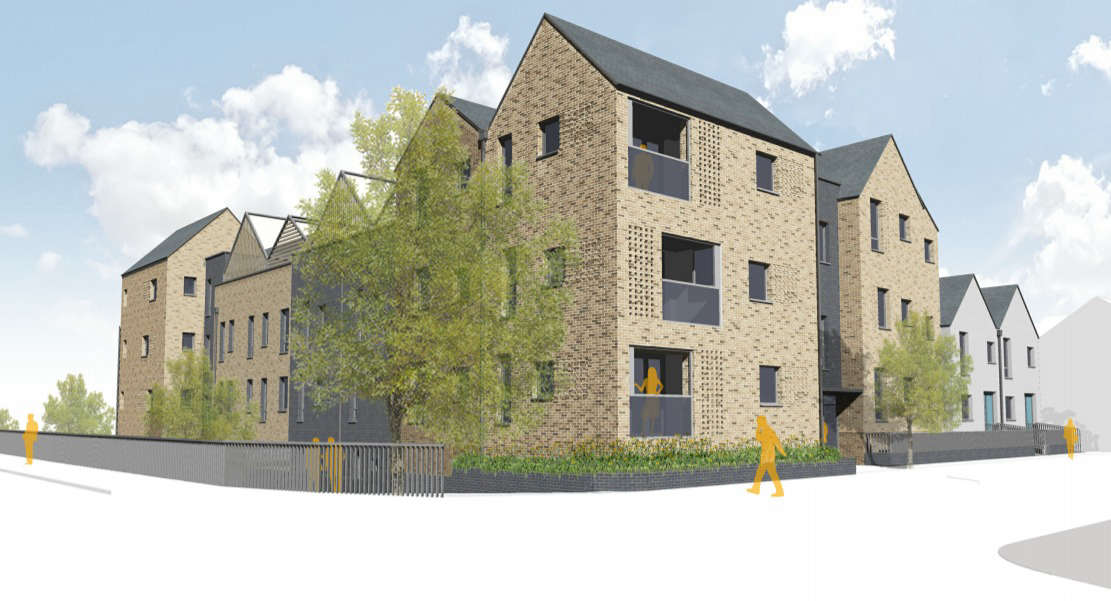 Plans to build affordable housing in place of a former police station in Newhaven have been given the go ahead by Lewes planners.

The application, which came from the council itself, will see the existing building demolished with a new ‘L-shaped’ building, containing both the flats and the houses, to be built in its place.

While approved, a number of committee members raised concerns about the scheme, particularly due to the fact it would not provide parking spaces for most of its residents (there would only be a single disabled parking space and a single space for each of the houses).

Among those to raise concerns was Cllr Graham Amy (Lib Dem, Newhaven South), who said:

“I am very disappointed for a new build belonging to LDC to have done everything to build houses without any consideration whatsoever on parking.”

“We can turn around and say people are not allowed [to live] in there if they have a car, but things change. People work from home, they have their own cars, they have work cars etc. We’ve seen that a Palmerston House 150 yards down the road, where we have quite a few parking spaces.

“It is very rare that I vote against anything, but I am afraid … I am very, very sad that we’ve had this great opportunity and we haven’t considered any parking.”

Similar concerns were raised by other committee members as well as concerns about the design of the building and the impact of demolition and construction works.

Despite these concerns, planning officers argued the parking issue could be overcome due to its sustainable location (near public transport hubs) and its nature as an affordable rental housing. This meant car-free households could be selected as residents, officers said.

On top of this the council (as the developer) would pay towards setting up a car sharing club for residents.

Other committee members felt differently about the proposals, arguing that the benefits of the housing would outweigh the concerns raised.

“When you build one and two-bedroom flats you can’t expect them to provide exactly the same facilities as you would if you were building four or five-bedroom houses.

“It is a question of who are we looking at in providing one and two-bedroom apartments. I would suggest it is younger people on a lower payscale; climbing the ladder if you like.

“I honestly can’t see what is wrong with pushing this application for approval, when you are offering so much to people within our community who need this.”

Following further debate the application was approved seven votes to three. The approval also saw some additional informative conditions, including a request for the council (again as the developer) to look into introducing a permit parking scheme in the area.

For further information on the proposals see application reference LW/20/0701 on the Lewes District Council website.