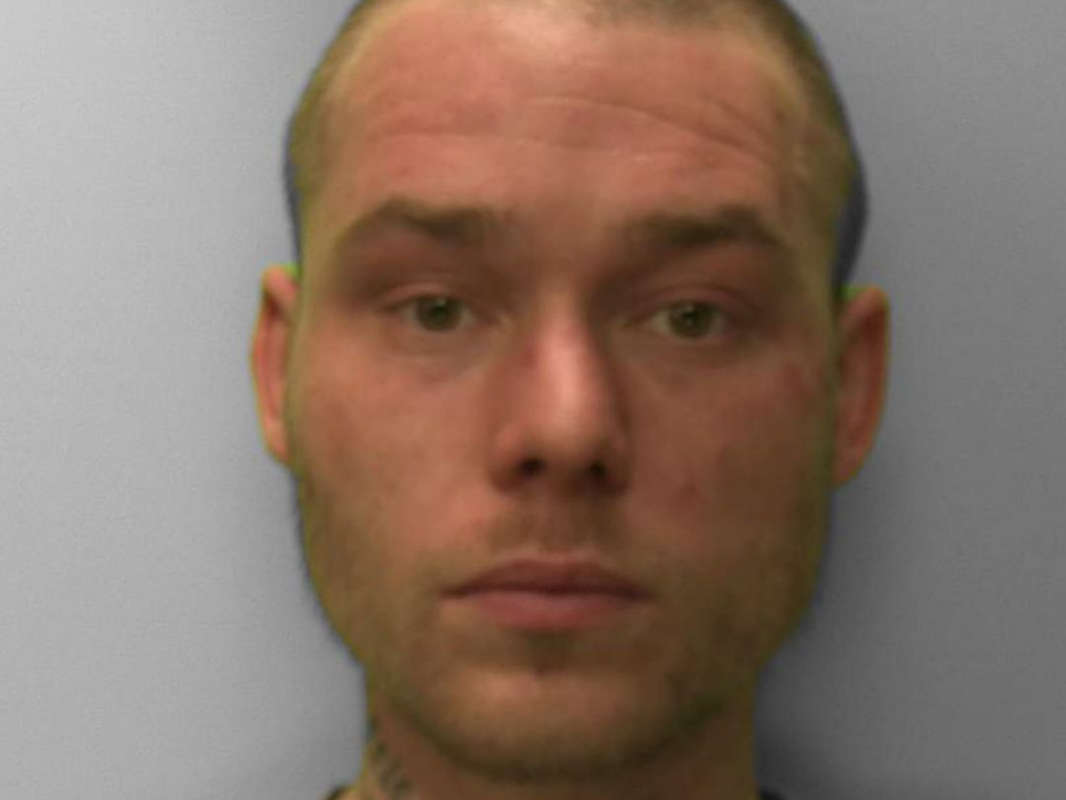 A prolific criminal from St Leonards has been jailed after pleading guilty to two robberies, assault, fraud and drug offences over a 12 month period.

Carl Stocker, 30, of no fixed address was handed a 10-year sentence at Lewes Crown Court on Tuesday, July 13.

Lewes Crown Court heard that on May 5, 2020, Stocker was detained after running from officers who had seen him exit a suspicious vehicle. A search of the area found Stocker had discarded a bag containing eight wraps of crack cocaine and a search of his jacket found a quantity of cash.

About 12 months later, on April 29, 2021, Stocker approached a Hermes delivery driver at around 11.30am on Menzies Road, St Leonards, and told her there was a leak coming from her van.

As she went to check, Stocker got into the driver’s seat and an altercation ensued as the Hermes driver attempted to grab the keys back from him. Stocker managed to keep hold of the driver’s key and drove away in the van with the victim’s bag still inside.

She was later made aware her bank cards were being used in shops.

The next day, Stocker leapt over the counter of a Co-op store in Battle Road, St Leonards, and threatened to stab a shop worker if she did not fill a bag with cigarettes and open the till.

After taking around £500 in cigarettes and £200 in cash, Stocker was grabbed by a member of the public but released after again threatening to stab them.

Despite escaping from the scene, Stocker was arrested later that day after the shop worker was able to identify him to officers.

During his arrest Stocker was also found to be in possession of heroin.

He was subsequently charged with robbery and common assault for the Co-op incident, as well as robbery and fraud by false representation following the theft of the Hermes van, and with possession of a Class A drug.

“Carl Stocker is a prolific offender whose crimes had a significant impact on his victims and the community as a whole.

“Thanks to the swift work of our officers he was quickly taken into custody following his latest offences and this conviction shows that criminals who bring fear and harm to our communities and target local businesses will be brought to justice.”