Up To 370 New Homes Controversially Approved For Hellingly 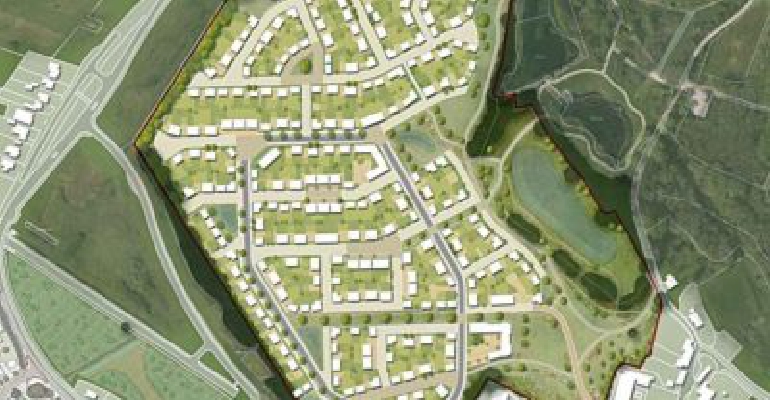 Proposals for a major housing development in Hellingly have been given the go ahead by Wealden planners.

The decision came despite a number of councillors raising concerns about the potential impacts on infrastructure on Hellingly and Hailsham.

Among those to raise concerns was Cllr Gavin Blake-Coggins (Lib Dem, Hailsham East), who said:

“Hellingly relies on Hailsham for its commerce.

"There isn’t a village shop in Hellingly, there is no supporting infrastructure in Hellingly whatsoever.

“As we well know, the population there has increased tenfold compared to what is was only a couple of years ago and yet there are even more houses planned to go in."

“Before this is even considered I think we need confirmation from Southern Water of when they are actually going to start upgrading their plants off Battle Road [and] Old Swan Road in Hailsham.

"Neither of those are going to be able to cope with all of this increased development.”

Cllr Blake-Coggins also said he considered the development made no contribution to the council’s carbon neutrality target.

This view was shared by several other committee members.

“Poor Hellingly is going to probably end up with 2,000 extra new houses and there are all these very valid questions about infrastructure and [drainage]. There are loose ends.

“We have to have some confidence in officers that they will be able to address these but what worries me is these issues are always dealt with by other authorities, which are beyond our control.

“I don’t think we have much alternative other than to support this development, but I would like to see if we could tighten up as much as we can with various conditions.”

Due to these concerns, Cllr Roundell asked whether it would be possible to require, through planning conditions, road improvements to take place prior to the development beginning.

Planning officers, however, said the concerns about impact on existing infrastructure should also not weigh against the proposals.

This is because developers would be expected to make financial contributions through the Community Infrastructure Levy (CIL), but only after the development begins.

This funding would go towards bus service, off-site recreation facilities and a number of road upgrade works, planning officers said.

“It is correct that East Sussex County Council highway authority has tabled a major road network bid to secure upgrades to the Boship roundabout [and] the four other key junctions on the A22.

“We have provided confirmation to the county council that we will provide CIL receipts to support that bid.

“The difficulty with a restrictive condition that prevents development from taking place, as Cllr Roundell suggests, is we don’t get those CIL receipts.

“We are cornered on that point. If we prevent the development coming forward until the key upgrade works take place, then there is no money to deliver them.”

Despite concerns around the impact of the proposals on local infrastructure, the scheme was approved on a majority vote of nine in favour and three against.

As an outline application, developers have only approval for the principle of developing the site, with details of the design requiring further planning permission at a later date.

The only detail to be agreed as part of the application was the creation of a new access road on to New Road.

East Sussex Highways had not objected to the scheme, subject to conditions requiring developers to make financial contributions towards junction improvements and other travel measures.

This includes a £750,000 contribution towards improvement works at the junction of Hempstead Lane, London Road and Hawks Road.

If you found this story useful, then check out our home page at moreradio.online where you can find the latest from the county, along with features and competitions from our presenters, as well as listening to the station live.

You can also sign up to our news alerts to receive updates on new stories. Simply click on the bell at the bottom right of the home page. This will then allow a pop-up which will ask if you would like to receive alerts. Press ‘allow’ and you’re all signed up!