Can A Frog Album Knock Taylor Swift Off The Top Of The ARIA Chart? 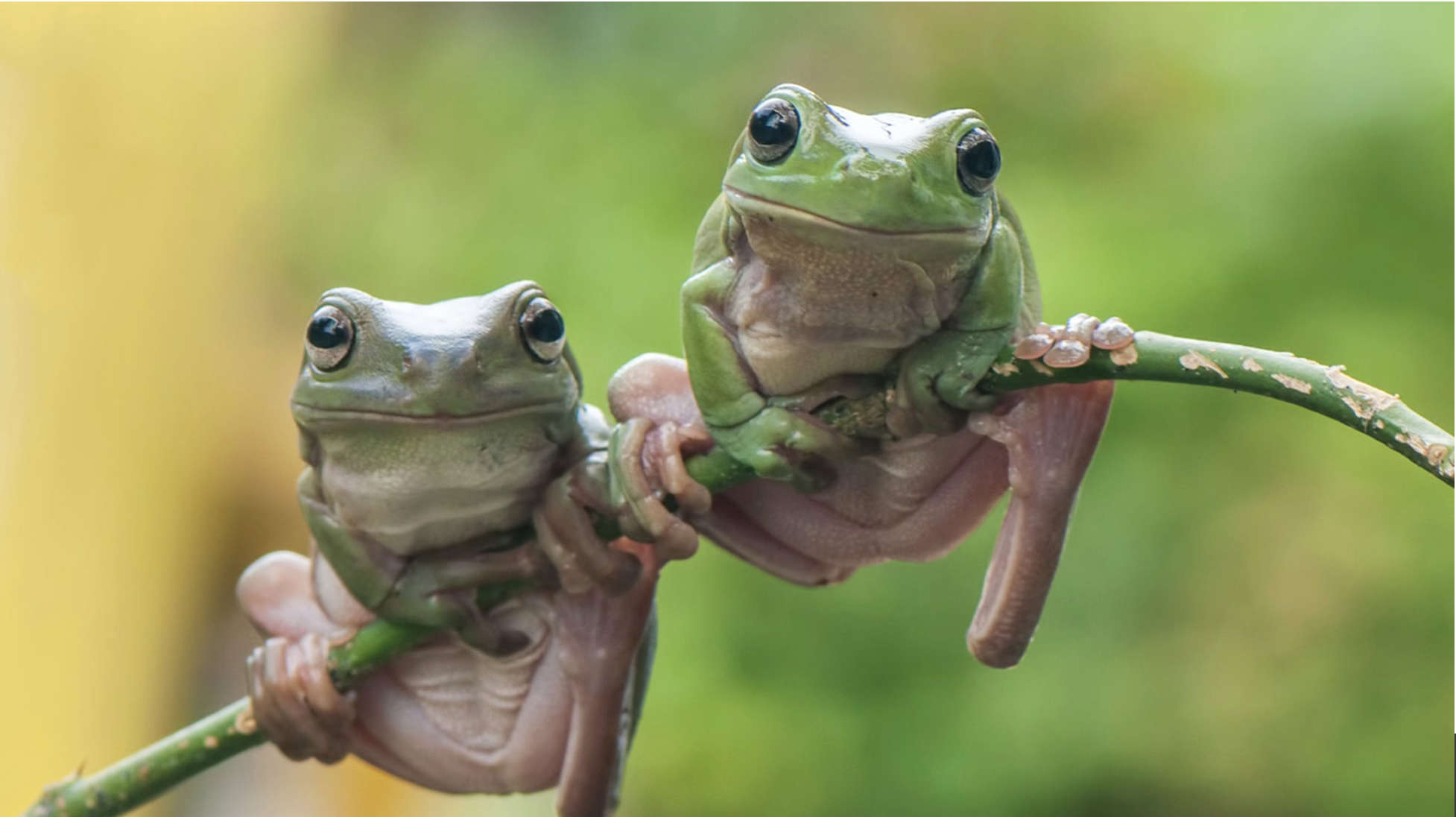 An album of frog calls is hoping to overtake Taylor Swift and clinch the top spot in Australia's music charts.

Scientists want to raise awareness of the declining frog population - which has seen a steep fall since the 1980s - by releasing an album of frog sounds.

The album features 43 of the most threatened frogs and the researchers behind it want to take Taylor Swift's number one spot in the ARIA Top 50 songs.

Asked if the frogs could knock the star off the top spot, lead scientist at FrogID Dr Jodi Rowley said:

"I'm hoping the frogs can do it. It's an amazing album for a really good cause and we've had a really good response so far. So, my fingers are crossed."

"We need to get as many pre-orders as possible to knock those guys off the charts", she added in an interview with ABC Australia Radio Canberra."

Speaking about the falling numbers of frogs, she said the sounds are "probably something we won't get to hear in the wild again".

"I'm really hoping these calls, particularly these threatened species, actually, ignite the spark in people to make sure that future generations can hear these calls and we don't rob them of that opportunity."

The Australian Frog Sounds: Songs Of Disappearance is compiled of 50 minutes worth of frog songs from biologists and public submission and the profits from the album will go to The National FrogID project.

The album is a collaboration between The Australian Museum and The Bowerbird collection.

FrogID revealed that there have been over 17,000 public submissions of frog sounds this year and that every submission helps "advance our understanding of Australia's frogs".

The FrogID project aims to establish a "database of frog calls to document the true species diversity, distributions and breeding habitats", while also connecting people with nature, as stated on their site.

The project has created an app that aims to collect these sounds from across Australia.