Oh Yes We Are! Panto Stars Excited For ‘Back To Normal’ Christmas Show 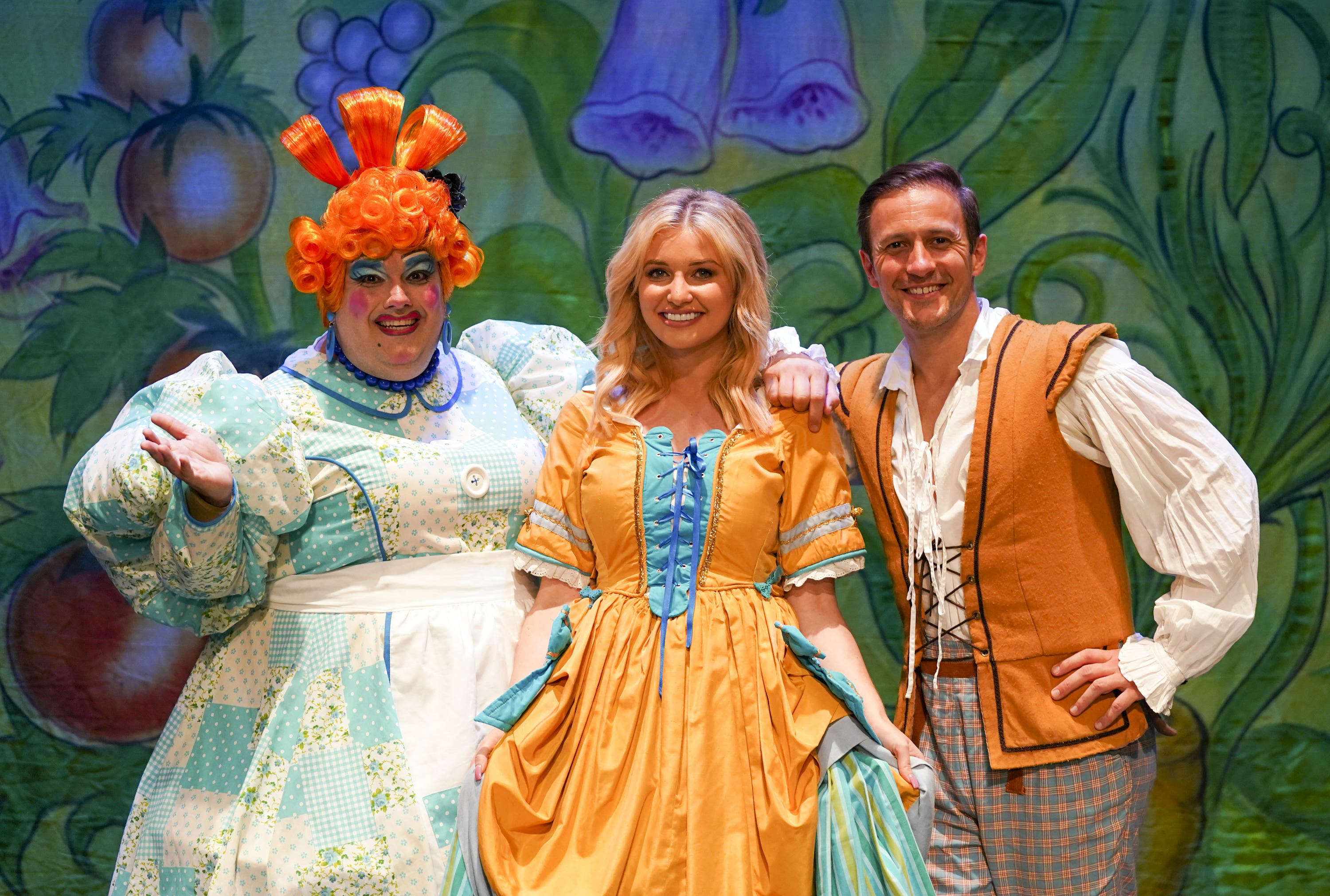 Love Island star Amy Hart will be making her pantomime debut in Jack And The Beanstalk at the Kings Theatre in Southsea.

The cast of a traditional Christmas pantomime have spoken of their excitement at getting back on stage for the full audience experience after restrictions last year banned the crowds from calling out.

Love Island contestant Amy Hart and X-Factor finalist Sean Smith will be heading the cast for the annual crowd-pleaser at the Kings Theatre in Southsea, which this year will be Jack And The Beanstalk.

The audience for last year’s production was limited to a third of the historic theatre’s capacity before being halted altogether by lockdown restrictions.

And the stars were forced to urge people not to shout out the traditional calls because of concerns over the spread of Covid-19.

Artistic director and pantomime dame Jack Edwards told the PA news agency: “This year it’s going to be completely different, with everything back to normal, everyone shouting, everyone touching each other.

“It will be huge buzz. With panto, if you don’t have interaction with an audience, then you don’t have a panto. Every night you go on there’s always a heckle that we pick up on, and that’s the buzz – it was hard without the interaction. It feels amazing to be back.”

Mr Edwards added that wearing face masks will be voluntary for the audience while the theatre will continue with deep cleaning.

Hart, from Worthing, West Sussex, who will be making her pantomime debut in the role of Princess Jill, said: “I’m really excited to get on stage. I love panto, I see at least two every Christmas.

“I’ve been like the new kid at school but they have been so supportive and inclusive towards me.”

Smith, 35, from Portsmouth, who performed with the band Same Difference on The X-Factor and is taking on the title role of Jack, said: “Last year it was a real shame we could only have 400 in the audience but hopefully that’s all behind us and we can do it properly.

“It’s going to be awe-inspiring at full capacity, a new level of special.”

As well as cancellations of shows amid lockdown restrictions, the coronavirus pandemic also led to the postponement of a planned £5 million conservation project for the 113-year-old theatre designed by renowned architect Frank Matcham, which was on the brink of being launched when the crisis hit.

And despite being awarded Arts Council funding, the management has been forced to spend more than half of its reserves to cover ongoing costs.

– The in-house produced Jack And The Beanstalk will open on November 27 and run until January 2 2022.