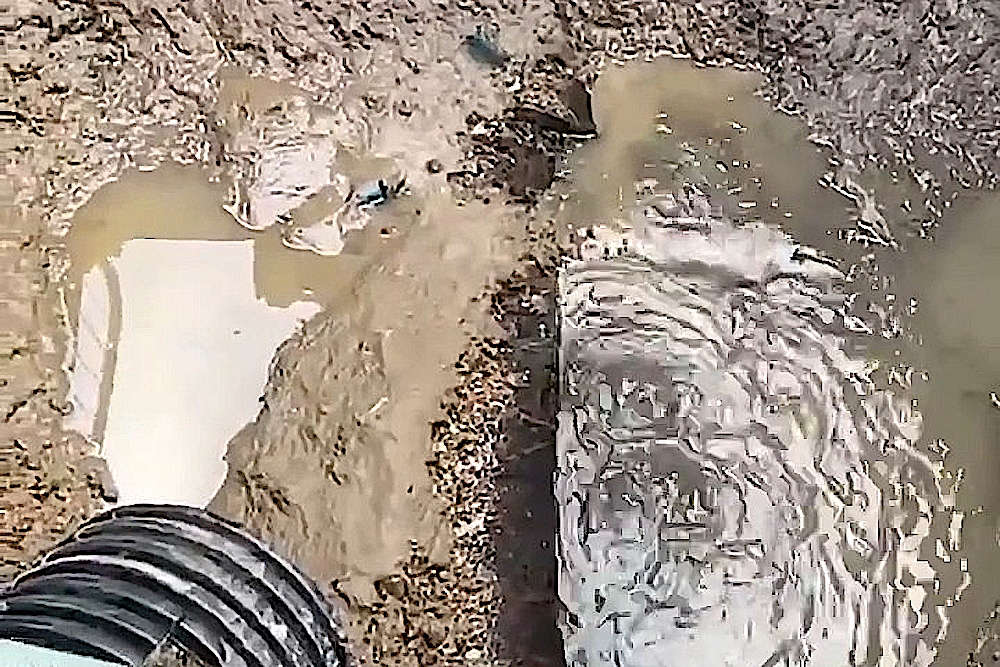 A second coastal sewage leak on the western side of St Leonards and Hastings, has led to a warning early today from the borough council: "the beach is closed, and more bathing bans might follow".

The flow of sewage through the broken pipe had, apparently, been stopped to prevent further pollution, but Southern Water said soon after 6am today that the local pipe network had reached capacity, and the outlet needed to be re-activated.

“The authority is obviously very disappointed indeed that there has been a further serious sewage leak at Bulverhythe, affecting the beach huts and the beach.

"The council has had to close the beach at Bulverhythe as a result, and is advising people not to go onto the affected part of the beach, or to go into the sea there.

"We are expecting the Environment Agency to warn against bathing at other Hastings beaches.

"We obviously hope that the leak is fully repaired as quickly as possible, and that the beach cleaned and reopened.”

Soon after, the water company in charge of sewage in Hastings, Southern Water, released a fuller statement about what's happened since Wednesday afternoon.

"We’ve been working hard to contain a spill after a burst to a large sewer pipe, carrying upward of 540 litres per second, at Bulverhythe Beach, Hastings on Wednesday afternoon.

"Unfortunately this morning we reached network storage capacity in the area & took the tough decision to turn the pumping station back on to support control of the network.

"After careful consideration it was determined this would minimise impact to the environment and beach.

"We’re working closely with the Environment Agency and Hastings Borough Council, and our decision was taken to prevent properties from flooding and mitigate against risk of further spills elsewhere.

"No pollution is acceptable to our customers or us, and we apologise for the disruption this will cause."