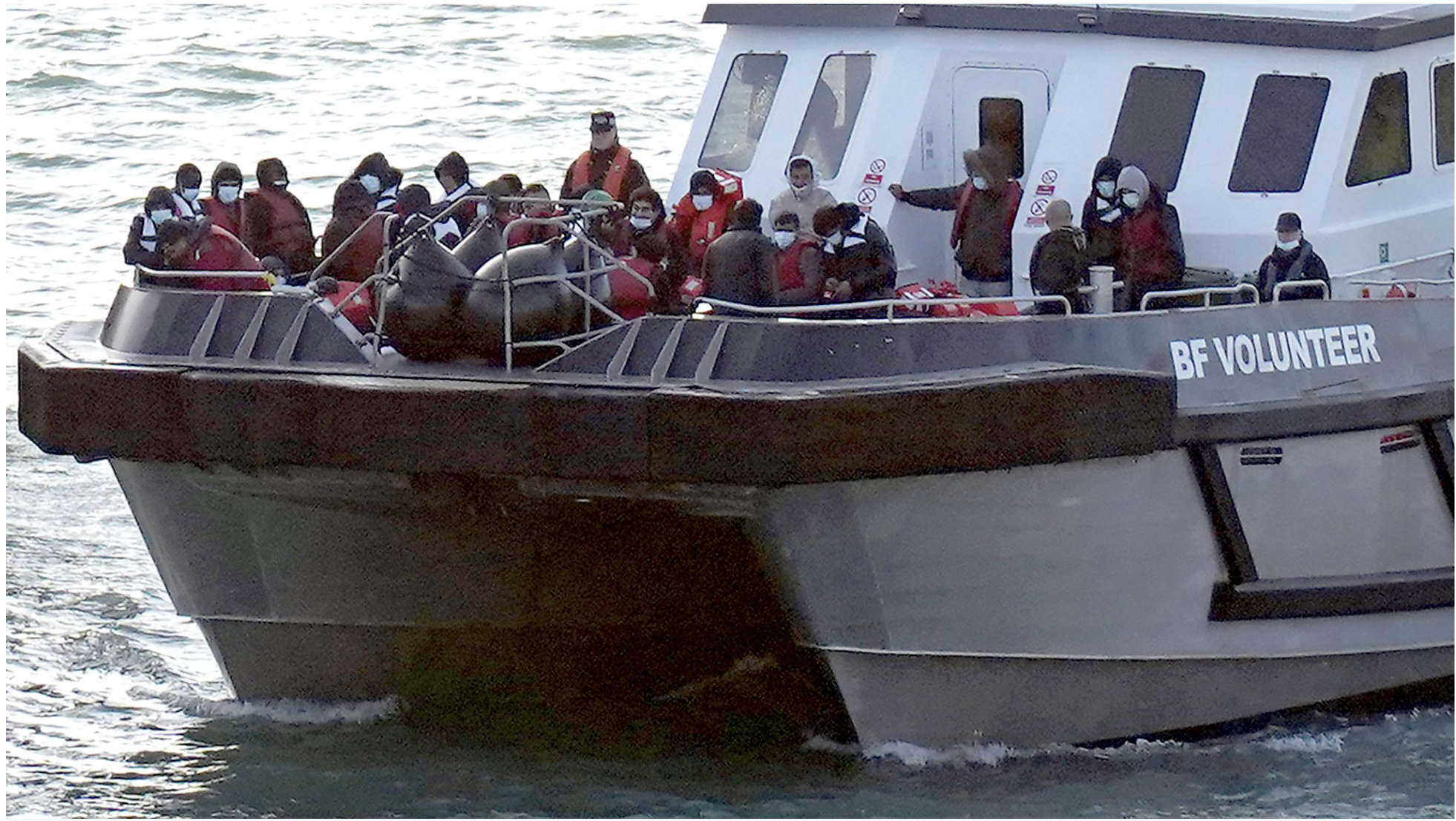 A group of people thought to be migrants are brought in to Dover, Kent. File pic

An MP has described a police chase which took place after two children were "collected" from a hotel housing asylum-seeking children.

Hove MP Peter Kyle said officers in his constituency pursued a car that had picked up two children from outside the Home Office approved accommodation after concerns about what was happening.

It comes after the government confirmed that about 200 unaccompanied asylum-seeking children remain missing after initially being housed in hotels since July 2022.

There have been reports that dozens of youngsters have been abducted from hotels in the Brighton and Hove area.

Speaking about one of the hotels used to house child asylum seekers in his constituency, Mr Kyle told the Commons:

"Just last year, Sussex Police pursued a car that had collected two children from outside this hotel.

"When they managed to get the car to safety, they released two child migrants and they arrested one of the members who was driving it - who was a gang leader who was there to coerce the children into crime."

Responding to an urgent question, immigration minister Robert Jenrick told the Commons today that out of 4,600 unaccompanied children who have entered the UK since July 2021, 440 have gone missing at some point, with only half of them returning.

He told the House:

"Two hundred children remain missing, 13 of whom are under 16 years old, and only one is female.

"When any child goes missing, a multi-agency missing persons protocol is mobilised alongside the police and relevant local authority to establish their whereabouts and to ensure that they are safe.

"Many of those who have gone missing are subsequently traced and located. Of the unaccompanied asylum-seeking children still missing, 88% are Albanian nationals; the remaining 12% are from Afghanistan, Egypt, India Vietnam, Pakistan and Turkey." 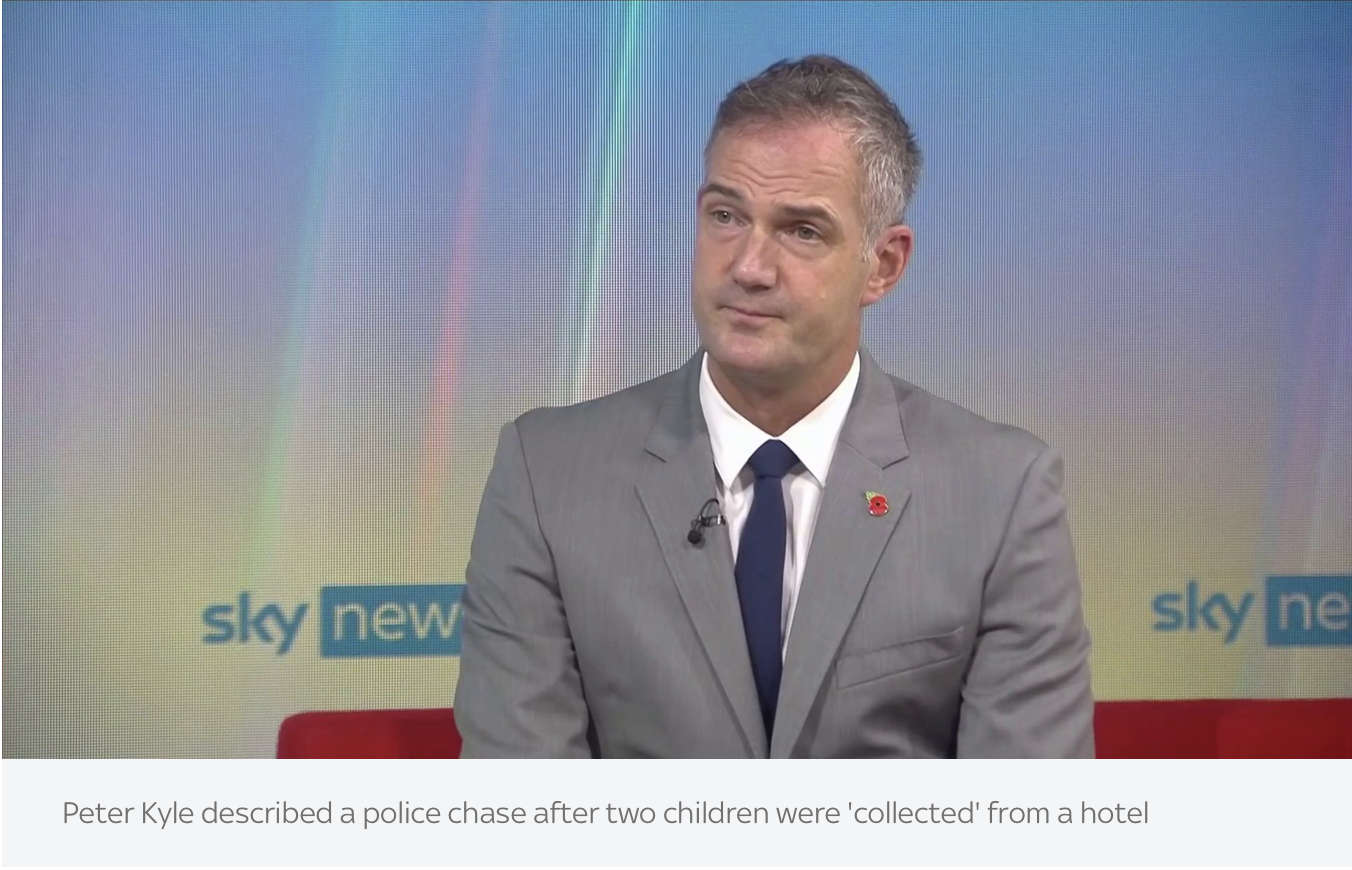 Children 'being dumped by Home Office'

Mr Kyle, a Labour MP, said he was aware of 76 children who had vanished from one hotel.

It comes after an investigation by The Observer at the weekend reported that dozens of unaccompanied child migrants had been kidnapped by criminal gangs in Brighton.

"The uncomfortable truth for us is if one child who was related to one of us in this room went missing, the world would stop.

Mr Jenrick said he had not seen evidence of children being kidnapped but the allegations were "extremely serious" and he would "continue to make inquiries". 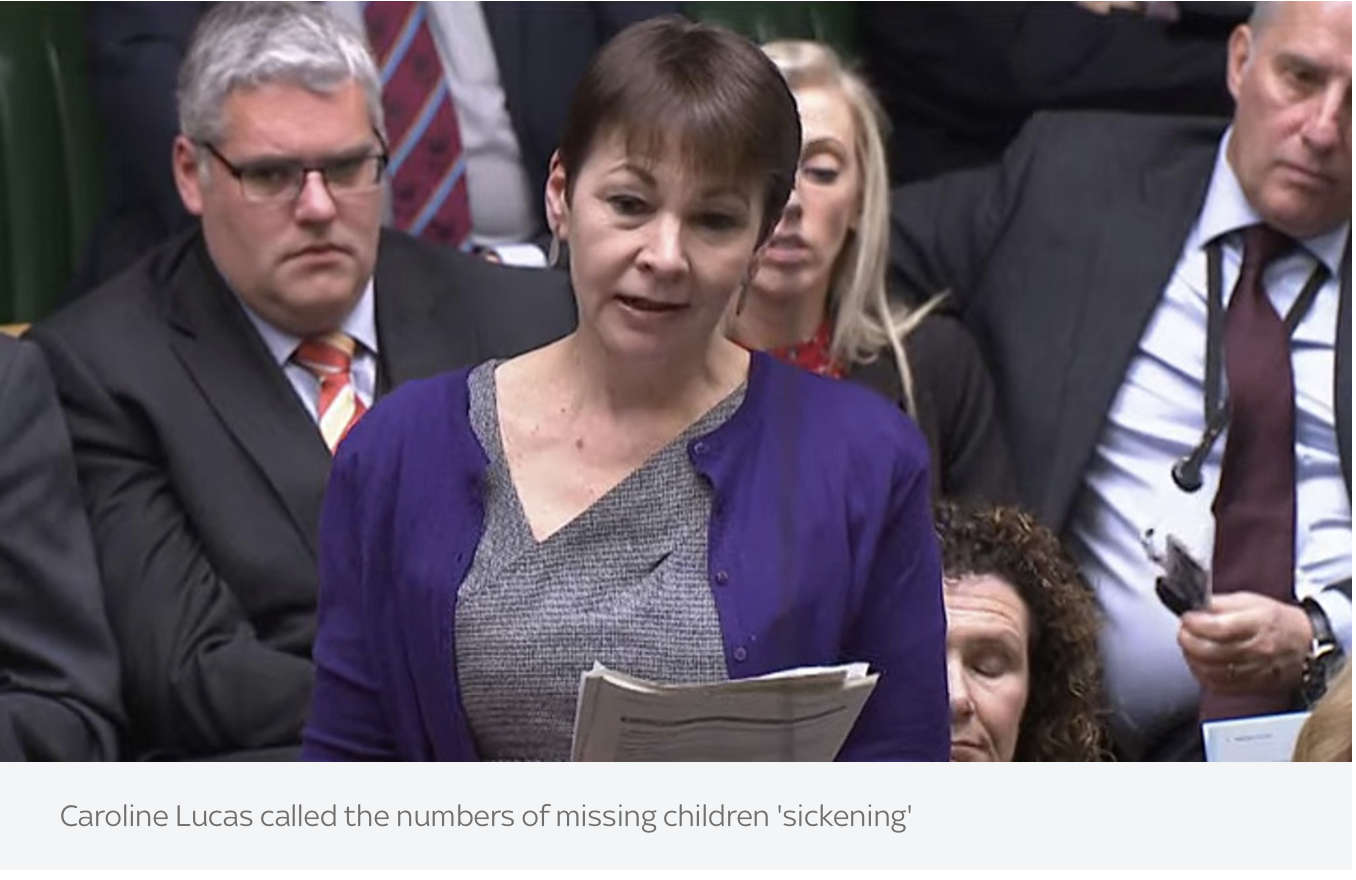 In the meantime, he said he would like Mr Kyle to join him on a visit to the hotel so they could review the situation.

Brighton MP Caroline Lucas accused the Home Office of "dumping vulnerable children" in hotels then shirking in their responsibility to look after them.

'Frankly, it is sickening'

She asked how many of the missing children have been "kidnapped, trafficked, put into forced labour" and said it was "not clear" whether the Home Office was "prepared to take legal as well as practical responsibility" to find them.

"I was told before Christmas that government lawyers were deliberating over their ultimate legal responsibility. We need to know the outcome today," she said.

Ms Lucas called for a special operation to find the missing children adding:

"This feels like the plight of girls in Rotherham who were treated like they didn't matter. And frankly, it is sickening."

"We are not asking him to detain children. We are asking the Home Office to apply some basic safeguarding so we can keep them safe".

Yvette Cooper, Labour's spokesperson on immigration, accused the government of "a total dereliction of duty that is putting children at risk".

The children's commissioner for England, Rachel de Souza, said the reports of children disappearing from hotels "have highlighted, once again, the vulnerability of these children, who are in limbo, with a concerted group of people determined to exploit them."

She said in a letter to the Home Office:

"I am concerned for the safety of this group of children whose vulnerability is exacerbated by not speaking English, many of whom have no support network and are not aware of their rights."