Police "Can't Hold Up A Tape Measure Around Social Distancing" 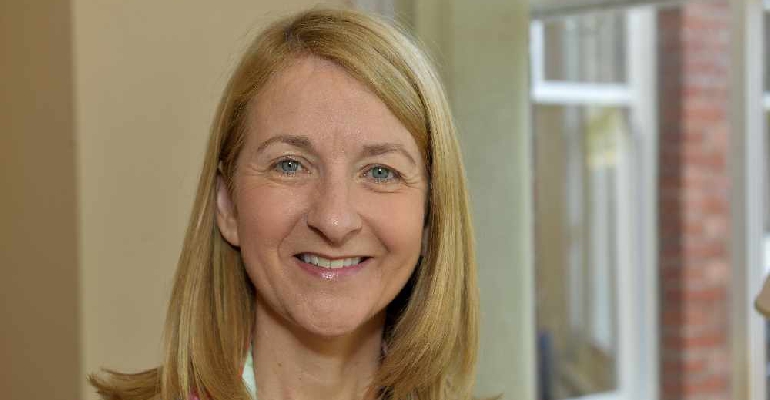 Mrs Bourne’s comments came as she answered councillors’ questions at a virtual meeting of the Sussex Police and Crime Panel on Friday (June 26).

The questions came in light of an incident, which saw police issue dispersal orders to a mass gathering at Hove Lawns on Wednesday, June 24.

“The emergency dispersal orders issued in Brighton filled me with very deep concern.

“But we have got a lot of seaside towns in Sussex clearly; Bognor Regis, Littlehampton, Worthing, Lancing, Shoreham beach, Brighton and Hove, Eastbourne, St Leonards, Hastings. The list goes on."

“Not only is there clearly a threat to public health for those going to the beach if they are not socially distancing, but it seems to me to be serious increased risks for residents of those towns as well.

“It would be terrible if the R, rate of infections, were to increase in these areas because of this and be very unfair on those local residents.”

Cllr Jones also asked if Mrs Bourne felt the “mixed messaging” from government had made the situation more difficult and whether Sussex Police has sufficient resources to deal with such gatherings.

“You raised some really important points and I don’t think any of us disagree with your concerns around our residents and our coastal areas.

“We have got over 100 miles of coastline in Sussex and, with the best will in the world, police can’t stop people coming to the coast.

“All along the police response to this – as we have eased out of lockdown – was the Four E approach.

"It was to engage with the public, to explain to them why we are doing the social distancing and to encourage them to go home and only to use enforcement as a last measure, as you would expect.

“I think actually Sussex Police has been really good around this and where they have had to issue fixed penalty notices, they have.

“But very interestingly what we are finding is that, very often, a number of these fixed penalty notices are issued to people [from] outside of Sussex.”

She added that she felt Sussex Police did have sufficient resources to respond to such incidents and had enough PPE to keep themselves safe.

On Cllr Jones’ point about “mixed messages” from the government, Mrs Bourne said:

“I think it is recognising that the challenges coming out of lockdown were always going to be much harder and unless you can actually go back to normal life as we all remember it, it is going to be difficult.

“But the police are quite clear about where their powers lie. It is not in holding up tape measures to make sure people stay two metres apart, hence they have adopted the Four E approach, which has been nationally adopted by policing.”

Similar concerns were raised by East Sussex county councillor Carolyn Lambert (Lib Dem), who asked whether police would be able to impose a lockdown to prevent people from coming to the coast.

Mrs Bourne, however, said such a measure would be up to government and advised Cllr Lambert to address concerns to her local MP.

“Police are there to enforce the law and obviously the coronavirus bill has a certain amount of powers within it and police will take public safety measures very seriously.

“Where they can they will assist local authorities and help as much as they can. But we can’t set up roadblocks, because that is not within the laws.

“I am not an expert on the coronavirus bill but it is worth taking up with your local member of parliament.”

“This is a very worrying week for all towns on the south coast.

“We did see yesterday (Thursday, June 25) the police close roads between Rye and Camber to prevent any further access to Camber Sands. They did so very quickly, within an hour or so of hearing of the problem.

“I suppose what I am hoping is that you will be able to reassure me that speed of action is available to other towns along the south coast, as soon as there is a concern around overcrowding.

“I am slightly concerned to hear you say you don’t think the police have any responsibility for controlling social distancing, because on July 4 we are all going to be worried about how to manage social distancing. And I think there are very limited powers for local government to staff to do anything about it.”

“I am very concerned my words are going to be taken out of context here, so let me be quite clear.

“It is not the police’s job to hold up a tape measure around social distancing and it never has been. But it is their role to uphold measures within the Coronavirus Act an emergency piece of legislation which is quite specific about what can and can’t be done.

“Where you are talking about lockdown measures actually they are public safety measures and they are done with the local authority in the lead. I would expect any of these decisions to be made through the strategic coordinating group.

“This is a multi-partnership response where it would occur and it is always with public safety in mind.”