Thousands Convicted Of Witchcraft Could Be Pardoned Under New Bill 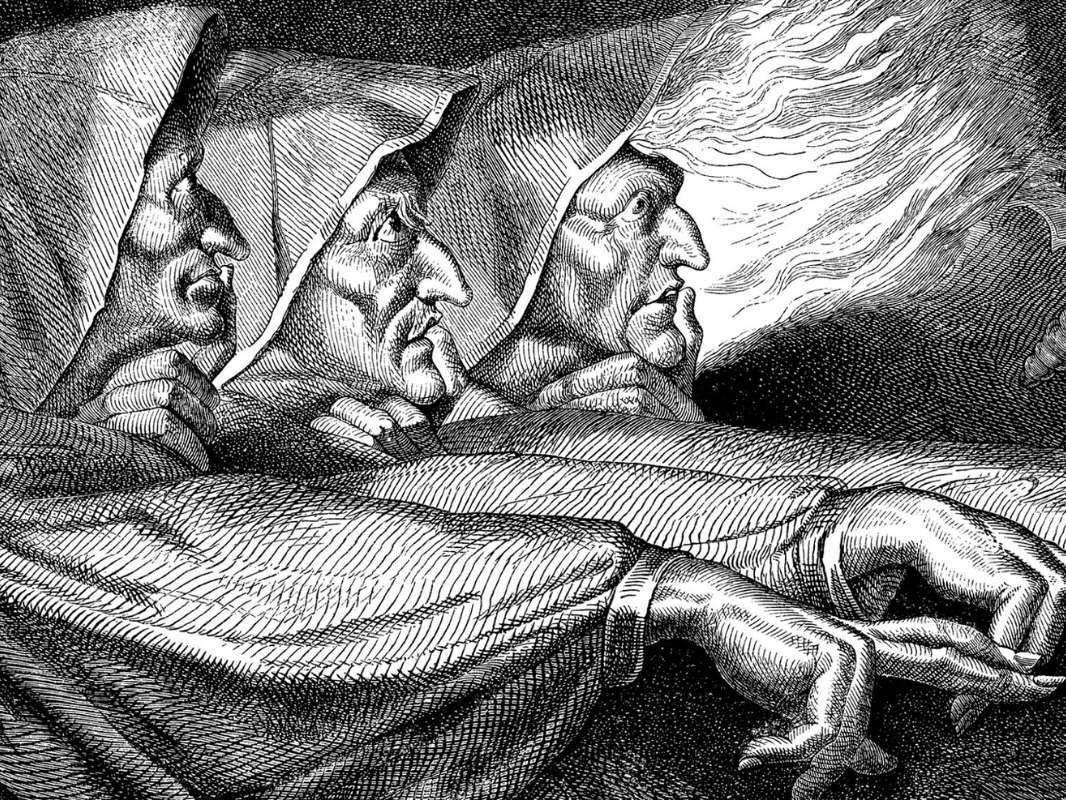 A depiction of the three witches from Shakespeare's Macbeth

Thousands of Scots convicted of witchcraft could be posthumously pardoned if a new bill proposed by an MSP becomes law.

Natalie Don, the SNP MSP for Renfrewshire North and West, has launched a consultation on a member's bill to "right the historic wrong of witchcraft convictions" and give legal pardons to those convicted almost 300 years ago.

It comes after First Minister Nicola Sturgeon apologised on International Women's Day in March to those convicted, vilified or executed under the Witchcraft 1563 Act.

Around 4,000 Scots are estimated to have been accused of the crime, which was in law until 1736, with around 85% of those convicted being women.

Campaigners have been fighting to secure a legal pardon for around 200 years for the approximately 2,500 people convicted of breaking the law.

"The recent formal apology from the first minister on International Women's Day was welcomed by campaigners in Scotland and recognised around the world as a statement of intent.

"It was a powerful and incredibly important first step in righting the historic wrong of 'witchcraft' accusations, arrests, and executions.

"My member's bill will hopefully be the next step towards that and, if passed, it will make clear that the people convicted of witchcraft all those years ago should never have faced the injustice of being labelled as criminals.

"By issuing official pardons for all those convicted of witchcraft, we will be sending a strong message to the wide world - some parts of which, women still face prosecution for being accused of witchcraft - that Scotland recognises what happened to these people as a deplorable miscarriage of justice.

"It is also about influencing the gendered and patriarchal attitudes which, unfortunately, still exists in our society today - and making it clear that Scotland does not tolerate discrimination in any way."

"We are absolutely delighted to see Natalie Don's bill reach this stage and are hopeful that this will bring about some posthumous justice to the thousands of people who were executed by the state during the witch hunts.

"This will also signal to other countries around the world where accusations of witchcraft are a very real and current issue that this is not acceptable in the modern day."