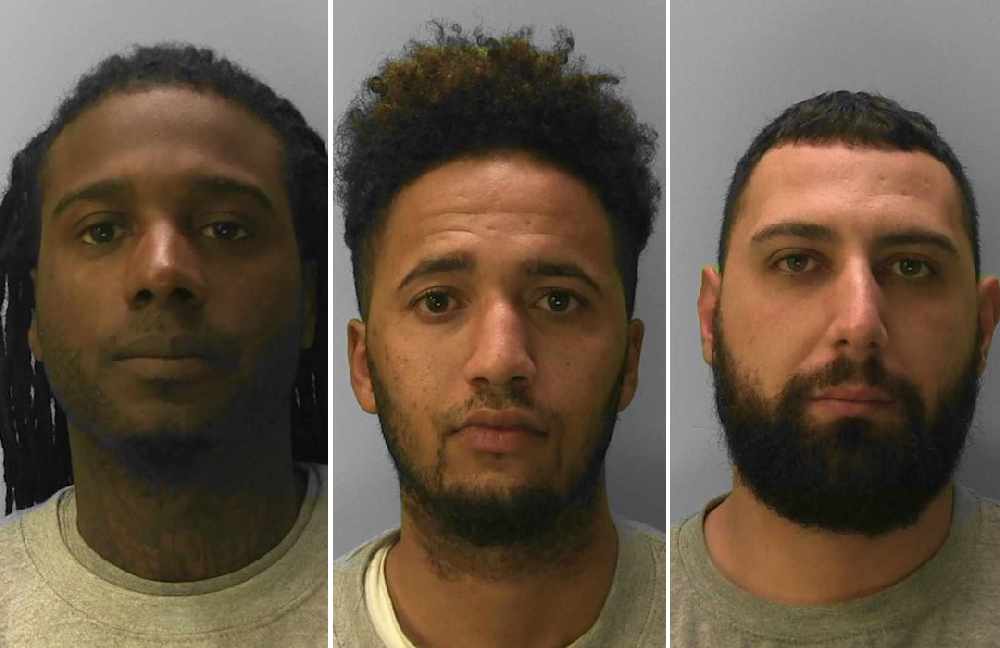 Three men have been jailed for a total of 35 years and eight months after a violent assault in Eastbourne in 2019.

Police said the victim, a 26-year-old Portuguese national, was left with life-changing injuries after the violent assault in St James Road, on October 8.

Four other Portuguese nationals had chased the victim into the dead end road before brutally attacking him by punching, kicking and stamping on his head repeatedly.

Police said the attackers even tried to continue their assault after a passing fire crew stopped to give the man first aid.

The four suspects left Eastbourne that night and were arrested in Southampton on October 11.

Bruno Tavares, Carlos Semedo and Rui Pereira were convicted of woulding with intent and appeared at Brighton Crown Court on Tuesday (March 2) for sentencing.

A fourth man, Maximiliano Pereira, 25, a cleaner of Seaside, Eastbourne, was also convicted of wounding with intent and will be sentenced at a later date.

Bruno Tavares, 33, unemployed of Seaside, Eastbourne, pleaded guilty to wounding with intent in November 2019 and was sentenced to 10 years and six months’ imprisonment.

Rui Pereira, 29, unemployed, of Harlesden Road, London, pleaded guilty to wounding with intent on the first day of the trial in October 2020. He was sentenced to 11 years and 11 months’ imprisonment.

Carlos Semedo, 25, unemployed, of no fixed address, was found guilty of wounding with intent by a jury at Hove Crown Court and was sentenced to 13 years and three months’ imprisonment.

“These four men attacked the victim so brutally that day, the judge likened their actions to a pack of animals cornering their prey.

“In an emotional statement read to the court, the victim's family said he is not the same man they used to know, both physically and mentally, due to the devastating injuries he suffered.

“He missed out on the birth of one of his children a month after the assault and even now, almost 17 months later, he remains in a rehabilitation centre having not returned home since it happened.

“This has changed his life forever, and we are pleased to see the severity of the attack reflected in the length of the sentences.

“I’d like to thank everyone who supported our investigation, and our thoughts continue to be with the victim and his family while he battles to recover from his long-term injuries.”