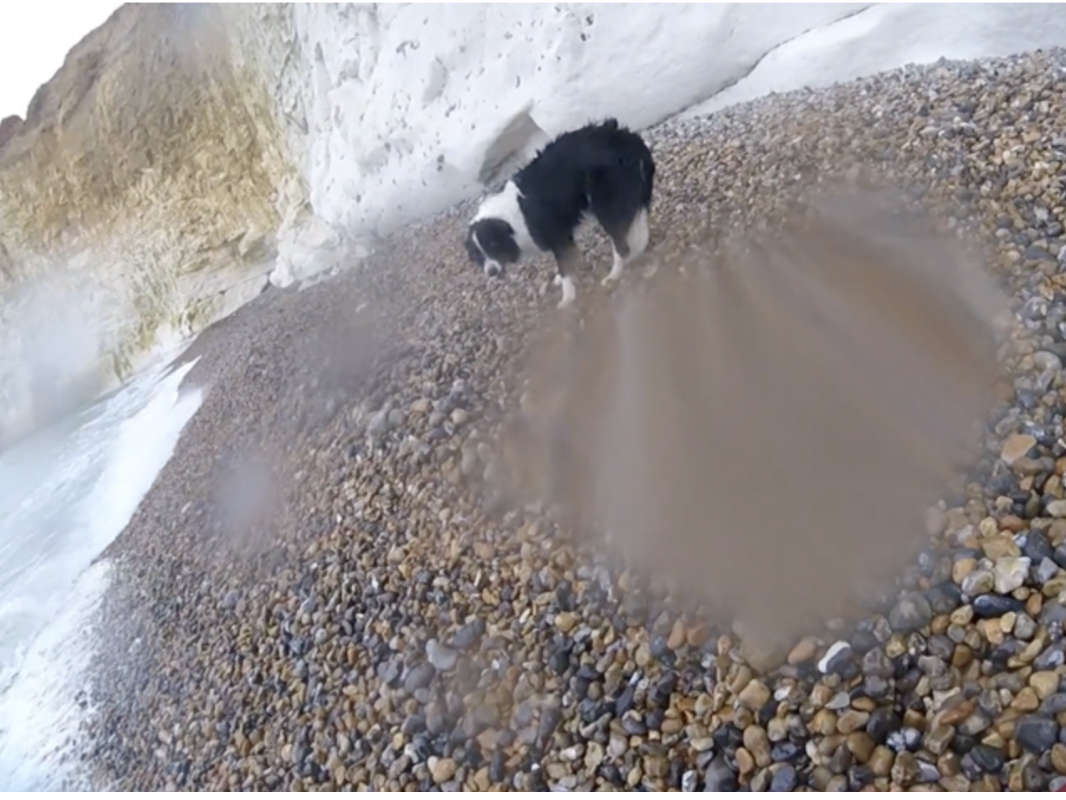 Newhaven Lifeboat was called out just before lunchtime on Wednesday (Jan 19) after a man reported his dog had fallen off a cliff at Hawks Brow, Seaford.

The border collie, named Max, was apparent unharmed as he was rescued by the volunteer crew on the Severn class All-weather Lifeboat (ALB), David and Elizabeth Acland.

A Newhaven Coastguard Search and Rescue Team were on the beach at Splash Point, but were unable to reach the dog due to the high tide separating them from his position.

"It was a bit of shock when the pager went off, but a relief also to be on my way to a first shout. When we reached the location, I helped prepare the Y-class Lifeboat for launch from the ALB."

Three volunteer crew boarded the Y-class Lifeboat and headed to the base of the cliff, east of Splash Point, where the dog had swum in and appeared to be moving well on a small stretch of beach, visible with the receding tide. 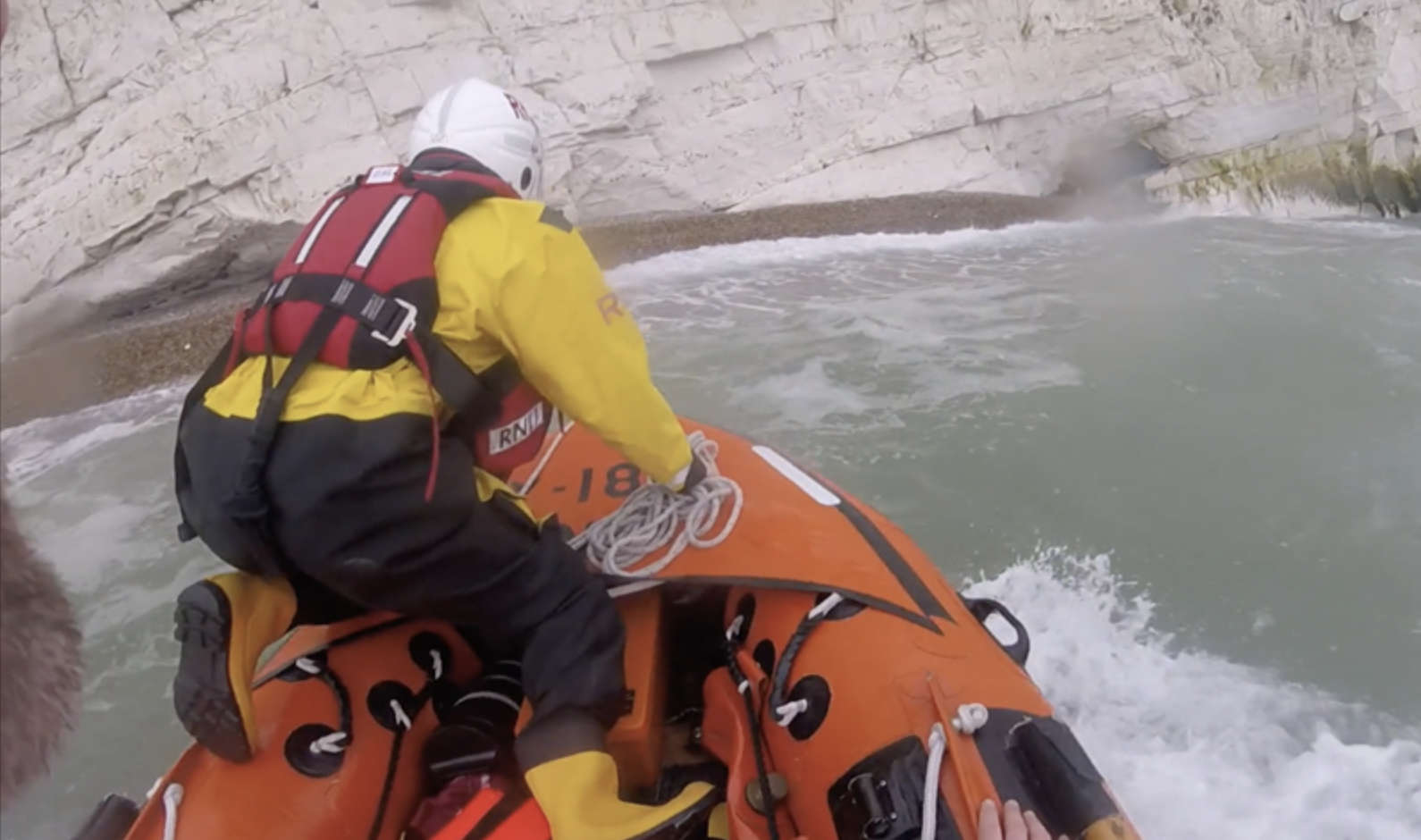 "Given the dog had fallen over 100 feet to the beach, it was astonishing to see him apparently unharmed. Max was incredibly lucky and we were relieved to return him to his owner."

"The dog owner did the right thing. Getting yourself back to a place of safety and calling the Coastguard to get help is always preferable than trying to go after your pet yourself.

"Please remember to keep your dog on a lead close to cliff edges or fast flowing rivers, you never know when they’ll suddenly decide to make chase after a rabbit or bird."