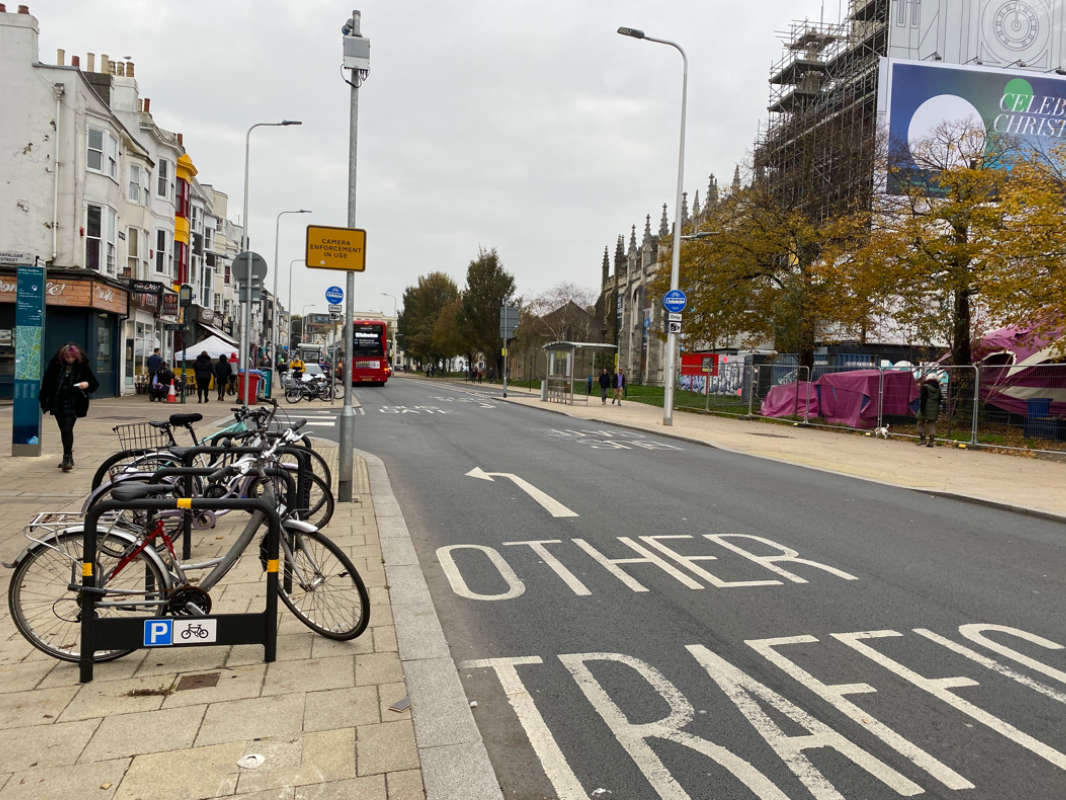 The increase is attributed to the controversial cameras in the council’s annual parking report for 2020-21.

The bus lanes – also known as bus gates – only became operational in early 2021 while the traffic volumes were lower because of a coronavirus-related lockdown.

Video shows the controversial 'Bus Gate,' which came into force last year and which was the cause of thousands of fines issued to drivers who were unaware of it.

The figures for the current financial year – 2021-22 – are likely to be higher. In October 2021 alone, the council issued more than 9,000 fines to drivers entering the bus lanes created by the Valley Gardens scheme. A similar number of fines were issued in August, councillors were recently told.

A report to the council’s Environment, Transport and Sustainability Committee said that in the 2020-21 financial year the council collected nearly £4.3 million in fines for misused lanes and illegal parking.

The report also said that the surplus – or profit – from off-street parking fell by £225,000 to £2,350,000 because of covid-19. The revenues came mainly from The Lanes, Trafalgar Street, London Road and Regency Square car parks

Even with a government grant of more than £5 million, parking-related income was down by more than £2 million compared with 2019-20.

The surplus after direct costs was £15.1 million, down from £16.5 million the previous year.

Last year £10.5 million from the surplus helped fund concessionary fares for elderly and disabled bus pass holders, with £1.5 million for supported bus services and public transport, £1.8 million for capital projects and £1.2 million for other eligible spending.

During the lockdown, the council extended older people’s bus passes to 24 hours to allow safe journeys, reducing the risk of the virus spreading.

“Older people were able to use their bus passes to travel early in the morning when many supermarkets were offering special time slots for the most vulnerable due to food shortages.

“The older person’s bus pass times have been changed back to the hours between 9am and 4am, so that fewer vulnerable people will be travelling on the same buses as children and teenagers now that pupils have returned to school.

“The aim is to protect older people who are at higher risk from coronavirus.”

Taxi vouchers worth £70 a year are offered to residents who cannot use their bus pass due to disability, with 658 people taking up the option.

The council’s Environment, Transport and Sustainability Committee is due to meet at Hove Town Hall at 4pm on Tuesday (18 January). The meeting is scheduled to be webcast on the council’s website.